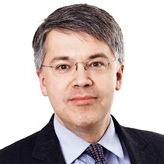 ICAP plc has lost veteran Group Finance Director, Iain Torrens, who is reportedly leaving the Group to join TalkTalk Group PLC after what has transpired to be an eight-year stint with the markets operating group.

Mr. Torrens worked as ICAP’s Group Finance Director, receiving his appointment in 2010 after being successfully promoted. Additionally, he was a member of the Governance and Operational Risk Framework Implementation Committees.

Mr. Torrens has worked at ICAP since 2006, where he started as its Group Treasurer, which subsequently led to his promotion to Group Financial Controller in 2008. During his tenure he has led a number of programs including the group’s finance transformation program and the execution of its Global Business Services division.