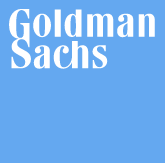 A significant executive move in the foreign exchange institutional space has occurred with the benefactor being institutional banking firm Goldman Sachs, which has appointed Kayhan Mirza as Global Head of Foreign Exchange, and named him a partner of the company, Forex Magnates confirms.

Mr. Kayhan departs J.P. Morgan Chase where he was global head of Foreign Exchange options and head of FX trading in Europe most recently, and had served in a number of other roles since 1998 with JP Morgan, stationed in London – the number one ranked center responsible for the largest market share of Forex trading volumes globally.

Forex Magnates’ reporters spoke with a member of the company’s press office, Goldman Sachs spokesperson, Michael DuVally, who commented regarding the news, “Kayhan Mirza has accepted a job at Goldman Sachs and will join the firm as a partner and global head of foreign exchange trading.”

Considering the firm has a pretty sizable foreign exchange business, and appointed someone who has already held such a senior role in a similar position, makes the move a fairly important one. Forex Magnates’ reporters reached out to a J.P. Morgan spokesperson who was not available for comments around time of our coverage.

The significance of this senior move is further emphasized especially in light of the recent firings and suspensions that have taken place among several major Forex dealers in the institutional space that is widely thought to be related to ongoing investigations into foreign exchange rate rigging and price manipulation.

For example, just hours ago, news broke that BNP Paribas had suspended Bob De Groot, which according to a LinkedIn profile – he is described as “Global Head of Spot trading at BNP Paribas.”

In November of 2013, Forex Magnates wrote about the news when Goldman Sachs was drawn into these investigations, as revealed by its regulatory filings on November 6th.

In prior roles within the company, the firm’s CEO and Chairman, Lloyd C. Blankfein, had management responsibility for Goldman Sachs’ Fixed Income, Currency and Commodities Division (FICC), which handles -among other key markets – the company’s FX business that Mr. Mirza will now head.

The news follows just days after the company appointed Apple CFO, Peter Oppenheimer as an independent director of the firm, expanding its board to 13 directors. Goldman’s Blankfein commented in the official press release of March 3, 2014, regarding the news, “Peter’s 25 years of broad experience across important industries will add a valuable perspective to our Board of Directors,” and concluded, “We appreciate his willingness to serve as a director and look forward to benefiting from his judgment and counsel.”

The company is known for its substantial base of high net worth clients, and the commission which generates revenues, from which the firm allocates a significant portion of it back to its staff in the form of remuneration. While this traditional model of Wall Street compensation for brokers has served many firms well in terms of its sales efforts, it also brings along with it regulatory risks.

However, when revenues are high enough to overcome certain regulatory fines and costs associated with such risk and resulting violations that could ensue, then it can be looked at as just a cost of doing business, and an unavoidable result of certain salespersons or staff deviating from the rules for the sake of earning more money.

On the other side of the extreme, a firm with a too strict compliance policy or staff that does not take certain risks – could very well lose otherwise-compliant business opportunities that would have been gained if a more aggressive pursuit had been employed.

Nonetheless, this paradoxical challenge is handled differently by various companies in terms of of how the two sides are balanced, so that both regulatory history and a firm’s reputation are maintained while focusing on growing revenues.

Share this article
Tags: Jp Morgan
Got a news tip? Let Us Know