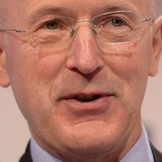 Royal Bank of Scotland Plc (RBS) has lost its chairman, Philip Hampton, as he parts ways with the bank to take up a new chairmanship at GlaxoSmithKline Plc (GSK), switching courses after a lengthy tenure in the financial industry.

RBS has been relatively quiet in terms of personnel moves over the past few months, during a time when the rest of the financial industry was facing steadfast changes, necessitated by waning revenues and market headwinds. In his new role at GlaxoSmithKline Plc, Mr. Hampton will be helping allay damages and the stigma of bribery charges in China and disappointing US sales.

Prior to joining the Glaxo board, Mr. Hampton was a mainstay at RBS, where he helped steer the company through turbulent times. According to Morgan Stanley analysts in a report to Bloomberg, “This appointment may signal that further management changes could follow.”