The Swiss franc (CHF) has traditionally been considered a safe-haven currency with virtually zero inflation and backed by substantial gold reserves.

Back in March of 2011, the USD/CHF had fallen below the 0.91 level as investors were looking for safety from the Greek sovereign debt crisis. By August 2011, the pair had passed below 0.77, at which point the Swiss National Bank (SNB) decided to boost the CHF’s liquidity and counter its overvaluation. Conversely, EUR/CHF appeared to be heading towards parity at this time.

As a result, the SNB opted to set a cap against the pair’s movements in 2011, prompting a floor of 1.20 for the EUR/CHF. Subsequently, this peg had continued until January 15, 2015 when the SNB suddenly decided to abandon the floor, resulting in a 30% jump in value for the CHF vs. the EUR. In other words, the pair moved more in a few minutes than it had in the past 1000+ trading days.

The key Swiss interest rate was lowered from -0.25% to -0.75%, with investors being charged an increased fee to keep their funds in Swiss accounts. In addition, the valuation of the EUR vs the CHF is expected to hurt Switzerland’s export industry. Finally, many FX brokers faced a litany of issues.

Key Levels to Target for EUR/CHF

However, since January 15, 2015, the USD has been strong enough to pull the USD/CHF back above the 0.9600 level. Alternatively, the EUR/CHF pair has not seen a similar rebound of this caliber. As a result, we look to see the EUR/CHF sell at one of three key levels, 0.90, 1.00, or 1.100 – the higher the rate, the higher the forecast for the Swiss economy.

Unfortunately, this would mean that inflation and GDP would both remain below Switzerland’s hoped-for level. Traditionally, moves such as these are meant to deal with hyperinflation. However, in Switzerland the inflation rates are too low, which leads me to believe that we may see a devaluation of the CHF again.

A cheaper CHF boosts exports to the United States and India in particular, which together constitute about 20% of Swiss exports. Stay tuned. 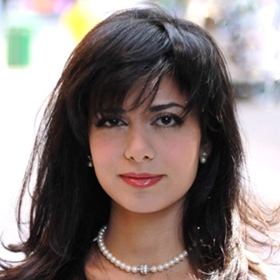 Invest Diva
investdiva.com
CEO of Invest Diva and author of “Invest Diva’s Guide to Making Money in Forex” published by McGraw-Hill in August 2013, Kiana is a multilingual forex analyst, award-winning speaker, TV personality and entrepreneur based in New York. She holds two degrees in Electrical Engineering from universities in Japan. While in Japan, Kiana discovered that stay-at-home women in Japan with no prior economic or finance degree were making a fortune trading currencies on the foreign exchange market, or forex. She spent years studying the habits of investors and discovered the importance of education in profitable trading. This is precisely why she found InvestDiva.com the financial novice's guide to smart, safe, and profitable trading.
wpDiscuz