An heir to the throne and potential future monarch, there was much speculation worldwide as to whether the eagerly awaited arrival was a boy or girl.

Betting on subjects such as this by subjects of the Queen is a fairly common practice in Britain, however looking back to June 1982, when Prince William was born, the idea of betting online with a virtual currency would have appeared completely alien to the millions of people frequenting high street shops such as Ladbrokes and William Hill to place their bets on the gender of the imminent new member of the Royal Family.

One’s Prediction Is Worth 10 BTC

In the period running up to the birth of the new Prince, speculative markets company Predicitious provided an environment in which bets could be placed in Bitcoins. 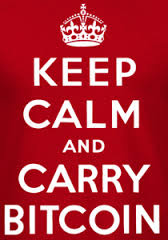 Predictious is a Bitcoin prediction market, which allows participants to place predictions on any future event, purely using virtual currency as the method of wagering bets. The firm was founded in Ireland by a startup company called Pixode.

Among other aspects, the firm offers ‘shares’ in an event when the participant thinks it will occur. If the event is realized, then Predictious pays the participant 10 millibitcoins per share.

The firm portrays itself as offering a marketplace which is similar to a stock market, insofar as that if the price increases before the event date, participants are able to sell the share in the event outcome and make a potential profit regardless of the outcome of the event.

On July 15, Predictious began accepting Bitcoin bets on the then pending arrival of the Royal baby, which allowed participants to predict the date of birth and gender, and provided a countdown to the expiry of each prediction on the subject, with an option to buy and sell shares.

Those who predicted the correct date of birth and gender will receive 10 BTC, or just under $1000.