“I am no longer involved in that and I cannot discuss it. It’s been turned over to other people. They are in charge of it now. I no longer have any connection.” In a report that has shaken up the digital currency world, those were the words of Dorian Prentice Satoshi Nakamoto, in response to Newsweek journalist Leah McGrath Goodman of whether he was the founder of Bitcoin. 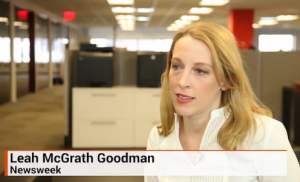 While growing in popularity, one of the biggest mysteries has been “Who is Satoshi Nakamoto?” whose name authored the first essay on Bitcoins in 2008, as well was the creator of its initial code. While there was much speculation on who the creator is, an individual, group of inventors, corporation, or government sponsored endeavor? There has always been little doubt that the name Satoshi Nakamoto was a pseudonym.

Sticking to the original name, in McGrath Goodman’s report, she sought after leads using the Satoshi Nakamoto title. The investigation led her to Japanese born Dorian Prentice Nakamoto, who had been born with the name Satoshi, a 64-year old engineer and mathematician, who currently resides in Temple City, California. A libertarian, Nakamoto has been known for living a secretive life with much of his family, including his brothers and six children being excluded of knowledge of his work which included contracts with US government agencies. (More on Who is Satoshi Nakamoto and reaction to the story in DC Magnates)

(Update – Nakamoto denies that he is the creator of Bitcoin)