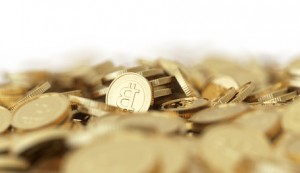 Trendon Shavers, operating under the alias “pirateat40”, has been charged by US District Court for operating a Bitcoin-related Ponzi scheme, misappropriating approximately $4.5 million worth of Bitcoin.

Bitcoin Savings and Trust, along with Mr. Shavers have been accused of illegally appropriating roughly 146,000 of 764,000 Bitcoins (estimated at $4.5 million) his operation raised between September 2011-12.

These charges follow on the heels of a September 18 order by a US Federal judge who ordered the payment of a $40.7 million fine, comprising of illegal profits and interest in a related US Securities and Exchange Commission (SEC) civil lawsuit.

A Texas man who operated Bitcoin Savings and Trust was charged on Thursday with bilking his investors, in what prosecutors called the first federal criminal securities fraud case arising from a Bitcoin-related Ponzi scheme.

According to U.S. Attorney Preet Bharara in a recent statement on the allegations, “Trendon Shavers managed to combine financial and cyber fraud into a Bitcoin Ponzi scheme that offered absurdly high interest payments, and ultimately cheated his investors out of their Bitcoin investments. This case, the first of its kind, should serve as a warning to those looking to make a quick buck with unsecured currency.”

Operating under the alias “pirateat40,” Shavers had allegedly seized control of as much as 7% of the Bitcoin market under false promises to investors, stipulating potentially 7% weekly interest rates, or 3,641% annualized, given his proficiency in trading the digital currency.

Rather, Mr. Shavers illegally siphoned the funds for his own use, which included repaying off old debts and investors and outlandish personal expenses. Mr. Shavers faces charges of both securities and wire fraud, potentially carrying up to 20 years in federal prison.

Share this article
Tags: bitcoin / fraud
Got a news tip? Let Us Know