Bitcoin has finally delivered some good opportunities for long term investors and short term traders. After being stuck for a while in a range around the $610 price level, Bitcoin jumped as high as over $640 or about 5% in the last couple of days.

Assumed by most market watchers and cryptocurrency analysts to be the main driver for this Bitcoin rally is the collapse of the China’s currency. On Monday the yuan (RMB) fell to a new six-year record low against the USD which raised investors’ fears that the Chinese government will not set a floor as it has in the past, perhaps as a way of helping struggling exporters remain competitive in a weak global environment.

While we have recently seen other major moves in the FX market, such as turbulence with the GBP and the South African rand, the major factor here is considered to be RMB devaluation due to the sheer dominance of the Chinese in the Bitcoin market. Charles Hayter, the CEO of CryptoCompare.com, explains: “China’s central bank lack of support the Yuan is prompting traders to rush headlong for cover. Bitcoin is shelter from the storm.” 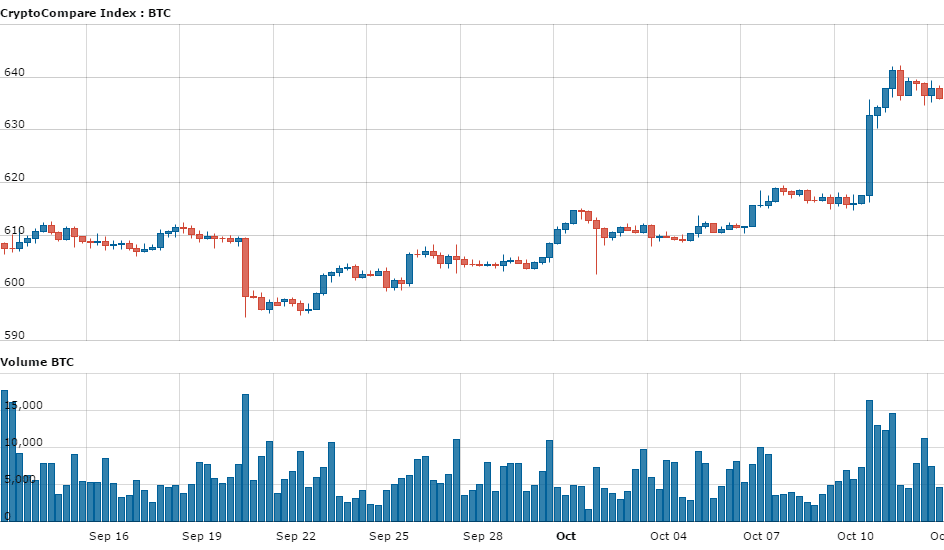