Only on Sunday the price of Bitcoin fell below $1900, leading to fears of a major correction, and today it is already back above $2600. While the price decrease had several reasons, most notably the upcoming potential fork on August 1st, the rise is a bit harder to explain.

At least the jump today can possibly be linked to monetary policies in Europe, judging by the close timing. As this is written, the European Central Bank President, Mario Draghi, is giving a press conference that is influencing the forex markets.

Draghi says that the ECB is leaving interest rates and quantitative easing (QE) unchanged for now. However, he commented that the ECB will discuss how to proceed with its QE programme in the autumn. This caused the euro to jump 0.5% against the US dollar while Draghi was speaking. 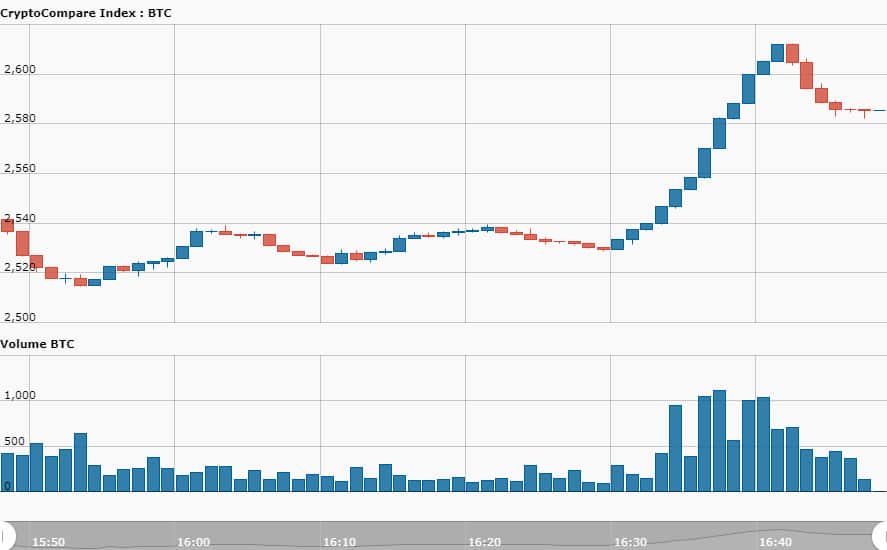 In total, the market cap of all cryptocurrencies is now back above $90 billion, compared with a mere $68 billion on Sunday.