The price of Bitcoin is now trading at levels above $6500 at a host of cryptocurrency exchanges. Yesterday’s revelation that CME Group plans to launch Bitcoin futures by the end of Q4 2017 is considered to be the main driver of the rally.

Charles Hayter, the CEO of CryptoCompare.com, commented to Finance Magnates: “This is bitcoin crossing the divide from the wild west of finance to the mainstream. Futures from an incumbent exchange will bring bitcoin and crypto currencies into the regulatory fold. This allows more complex financial products to be created and will eventually open the doors to institutional money.”

The new contract will be cash-settled, based on the CME CF Bitcoin Reference Rate (BRR) which serves as a once-a-day reference rate of the US dollar price of Bitcoin. Bitstamp, GDAX, itBit and Kraken are the constituent exchanges that currently contribute the pricing data for calculating the BRR. CME Group and Crypto Facilities Ltd. have calculated and published the BRR since November 2016. 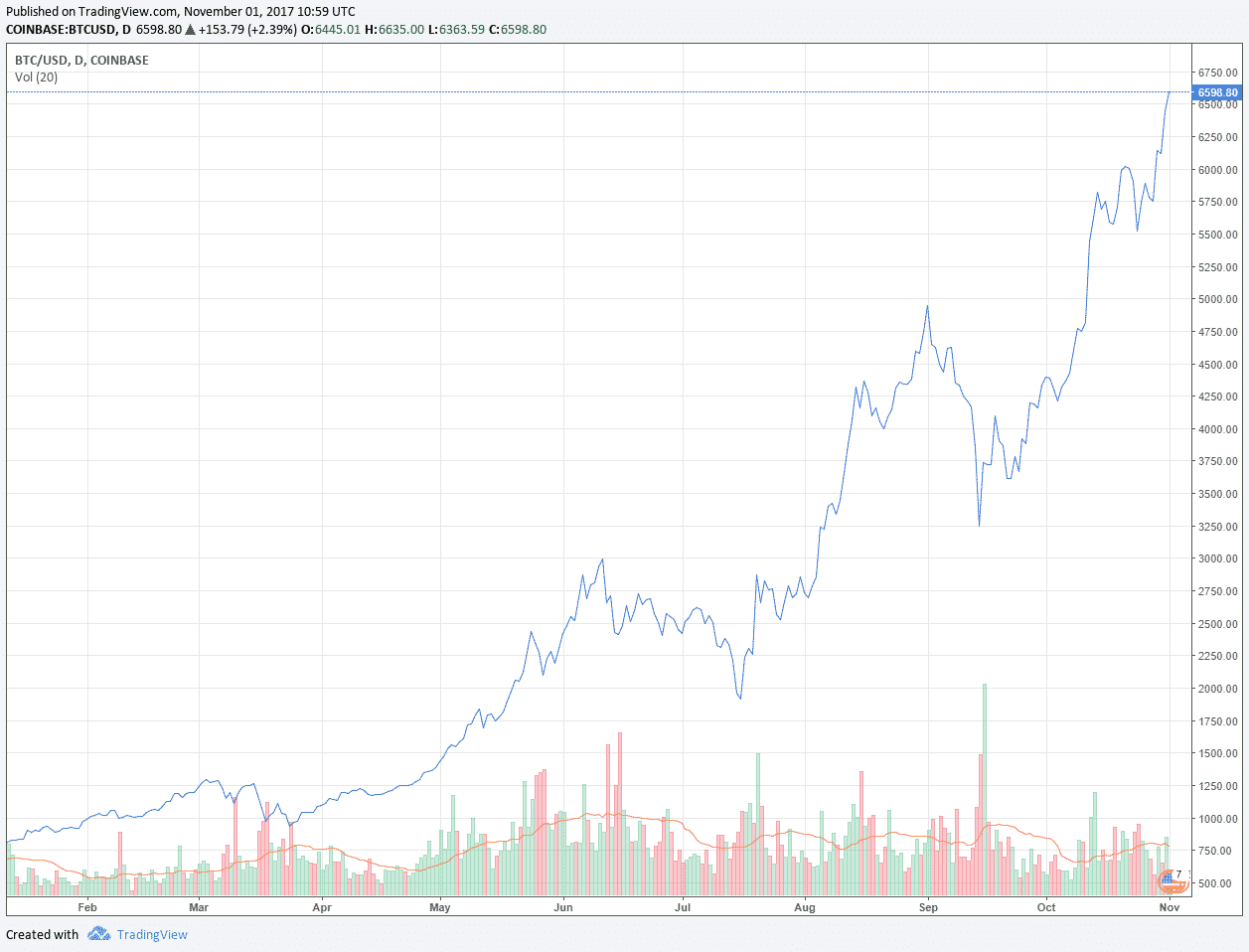 Due to the price hike the total value of the Bitcoin Blockchain is now above $100 billion.

Iqbal Gandham, UK Managing Director at eToro, commented: “Yesterday was Bitcoin’s ninth birthday and this latest milestone goes to show just how far it’s come in a short period of time. Now part of the $100 billion club, with a market cap bigger than Goldman Sachs, investors are increasingly confident in its future. Today’s rally suggests that they are shrugging their shoulders at the recent split, as well as the critics calling this a market bubble.

“But it’s our belief that this run is far from over. Despite another fork lurking just around the corner, we expect to see Bitcoin hit new highs in the weeks ahead.”

Another recent revelation that is also helping the price rally is that at least two former Chinese exchanges have found a loophole in the country’s ban, allowing them to keep operating in China under a new business model. OKEx and Huobi.pro will reportedly soon launch P2P OTC Bitcoin trading offerings with various fiat currency support, including the Chinese yuan.