Recently, most crypto investors have been complaining about Bitcoin’s poor volatility. However, once one looks past the largest coins in the rankings, some exciting trading opportunities are to be found. This week, one of them already gained over 700 percent in value.

The token in question is Eternal Token (XET). Between September 20-26, the price of Eternal skyrocketed by 736.69 percent, earning it the title of the top gainer in the past seven days. Universal Cash came in second place with a gain of 370.37 percent. All coins among the Top 5 Gainers registered an increase of more than 150 percent in the past seven days. 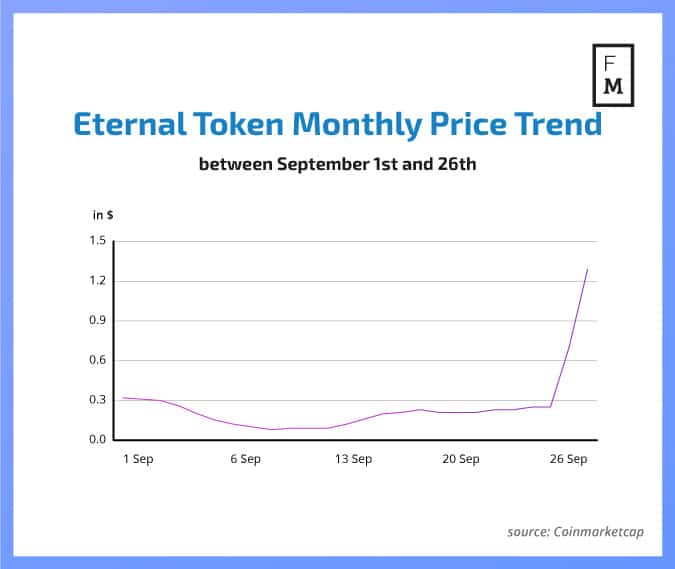 XET was created for a specific reason. The token can be exchanged with Eternal Coin (XEC) at a 1:10 ratio. Since XEC can only be traded and acquired via authorized exchanges, XET opens up the possibility to make it tradable with various currencies on global exchanges. The Eternal project was created by Tokyo-based Atom Solutions.

The increase in the price of the Eternal token was followed by strong growth in trading volume. Just in the last 24 hours more, than $1,360 million was traded. The rest of the coins among the top 5 gainers had a 24h volume no bigger than $200,000. 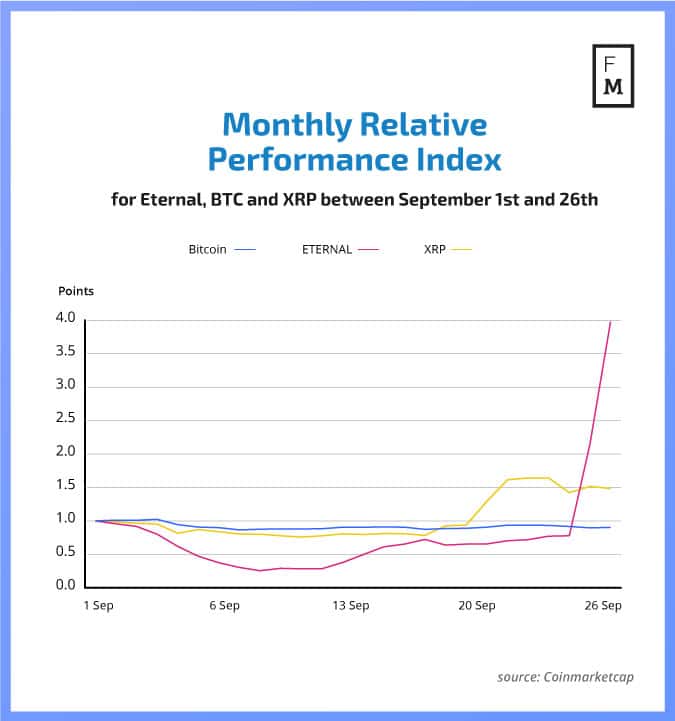 Eternal’s gains look even more impressive when compared with the performance of the price of Bitcoin (BTC) and that of Ripple (XRP). Ripple is one of the best performing „big” currencies recently. However even its 50 percent gain this week looks pale in comparison to Eternal token’s performance.

The Relative Performance Benchmark is a proprietary index of the Finance Magnates Intelligence Department. It measures the relative strength of three cryptocurrencies in the given period. The initial value of the benchmark in the given period of time is 1 point.