Yahoo! Finance has added Bitcoin to its price quotes. It is being quoted as BTC/USD. There is also a bitcoin-related news feed.

Currently, only the last traded price is showing- that is from June 6, 4 days ago. All other data like bid, ask and ranges are showing as N/A. The chart is not available. It is also unclear which exchange the price is based off of.

Bitcoin prices themselves have gotten a bit of a bump during the past hour, but nothing out of the ordinary. They rose 1.5% from $635 to $645, a move in line with its typical cycling during the past 10 days.

It remains unclear if the addition is here to stay, a beta test or just a pilot test which may have gotten published unintentionally.

If the quotation is for real, it will draw parallels Bloomberg’s addition of Bitcoin prices in April and draw speculation that Bitcoin’s becoming mainstream is inevitable. Many are hoping that Google will follow suit by adding them to Google Finance.

Full functionality seems to be operational, including charts (although the page does experience occasional errors).

Also, it appears their price comes from Bitstamp. After comparing prices for several minutes, Bitstamp’s was by far the closest and usually spot on with a few seconds delay. 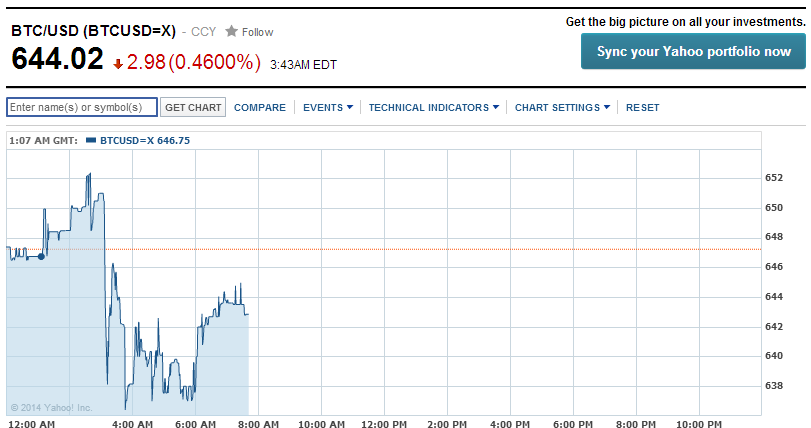