Coindesk reports that Steven Englander of Citi’s foreign exchange division, CitiFX, has produced a report indicating a negative outlook for Bitcoin prices. It cites oversupply from merchants and miners combined with weak demand from consumers as ultimately contributing to an “acute instability” in prices.

Recall that Englander previously warned of downward pressure on prices due to the USMS auction, also citing a perceived oversupply flooding the market. In the 3 weeks following the auction, bitcoin prices, already near the upper end of their mid-term trading range, remained largely flat, trading within a 10% band of the $620 level. Volume was well below average.

Thereafter until last week, prices have indeed declined. However, it is unlikely that they were hit by an oversupply arising from the auction, considering that the winner was Tim Draper, Bitcoin enthusiast and founder of the venture capital firm Draper Fisher Jurvetson. It is not impossible that anything resembling a transfer from his address would be heavily scrutinized in the Bitcoin world.

Following are some key points from Englander’s recent report:

As mining costs rise, miners come under pressure to “sell their freshly unearthed bitcoin” to recoup the costs of their equipment investment.

Such an argument is akin to saying, “a rise in gold mining costs will cause gold miners to sell off their freshly unearthed gold…” We know this to not be the case. Mining costs have been skyrocketing for years, leaving many debt-laden miners in risky positions and with lower incomes, as reflected in their underperforming stock prices. Yet the price of gold has trended higher, even when accounting for a major correction last year. Based on any multi-year time horizon analysis, one cannot argue that prices have declined in sync.

The argument also doesn’t account for the natural equilibrium of Bitcoin mining and prices, which suggests the opposite conclusion: if costs go up, fewer people mine, leading to a slower increase in supply. This provides upward pressure on prices, which trend toward making mining more profitable. While the model is not that simple, the “deflationary” nature of Bitcoin is well known.


Merchants accepting the coin have it immediately converted to fiat, dumping it on the market and lowering prices.

What this argument ignores: for every seller (the merchant), there must have been a buyer (the consumer). Wouldn’t the consumer’s buying of bitcoins in the first place have pressured prices upward?

The above arguments carry more weight if we make the assumption that the bulk of Bitcoin-based commercial sales are driven by miners who never had to buy the coins. But data is needed to back this up… 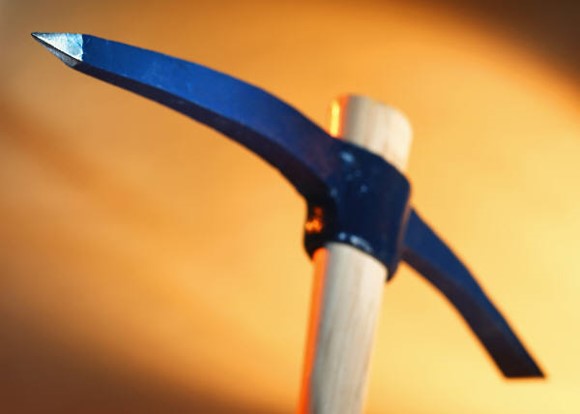 The article quotes Mark Lamb, CEO of Coinfloor, as saying that miners sell an estimated 70-90% of their coins. Therefore, the article indicates, there is downward pressure on bitcoin prices.

Again, data is needed to verify not that miners sell most of their coins, but that miners constitute most of the market’s sellers. Considering that over 100,000 BTC are traded daily around the world, the handful of BTC mined each day is negligible.


It is argued that large organizations are hesitant to hold on to bitcoins out of fear that they can’t account for them as assets according to GAAP rules, due to their volatile nature.

Consumers are spending the currency more for ideological reasons, “for love, not money”. They do not necessarily experience financial benefit in doing so.

This argument has validity in many cases. An interesting open discussion, titled “Bitcoin is like a drug”, took place here– offering a rare glimpse into how some Bitcoiners really feel deep down.

By the looks of it, the report was more qualitative than quantitative. A fundamental derivation for current prices, a quantitative analysis of how the said forces will affect them and a long-term price prediction were not cited in the Coindesk article.

Notwithstanding my above arguments, a qualitative analysis is a good starting point but would be far more convincing if accompanied by the math to back it up.

I, for one, don’t know where Bitcoin prices are headed in the long term. My outlook is neither positive nor negative. I do see some major fundamental vulnerabilities, discussed previously and perhaps again in the future. Some of these have been naturally priced in by the market. While Citi’s conclusion vis-à-vis long-term prices may be true, the approach taken in deriving such is fundamentally flawed.

Share this article
Tags: citi
Got a news tip? Let Us Know