Ethereum co-creator Vitalik Buterin recently tweeted dissatisfactory remarks about the direction that the cryptocurrency industry is headed in. “I think there’s too much emphasis on BTC/ETH/whatever ETFs, and not enough emphasis on making it easier for people to buy $5 to $100 in cryptocurrency via cards at corner stores,” he wrote.

“The former is better for pumping price,” he continued, “but the latter is much better for actual adoption.”

I think there’s too much emphasis on BTC/ETH/whatever ETFs, and not enough emphasis on making it easier for people to buy $5 to $100 in cryptocurrency via cards at corner stores. The former is better for pumping price, but the latter is much better for actual adoption.

ETF Speculation May Be Causing Spikes in Crypto Valuation

There is still hope that the CBOE’s ETF could be approved by the SEC on August 10, which is expected to drive BTC up even further. Still, some analysts believe that even if the ETF were approved, it would ultimately only drive the price of Bitcoin up in the short-term. 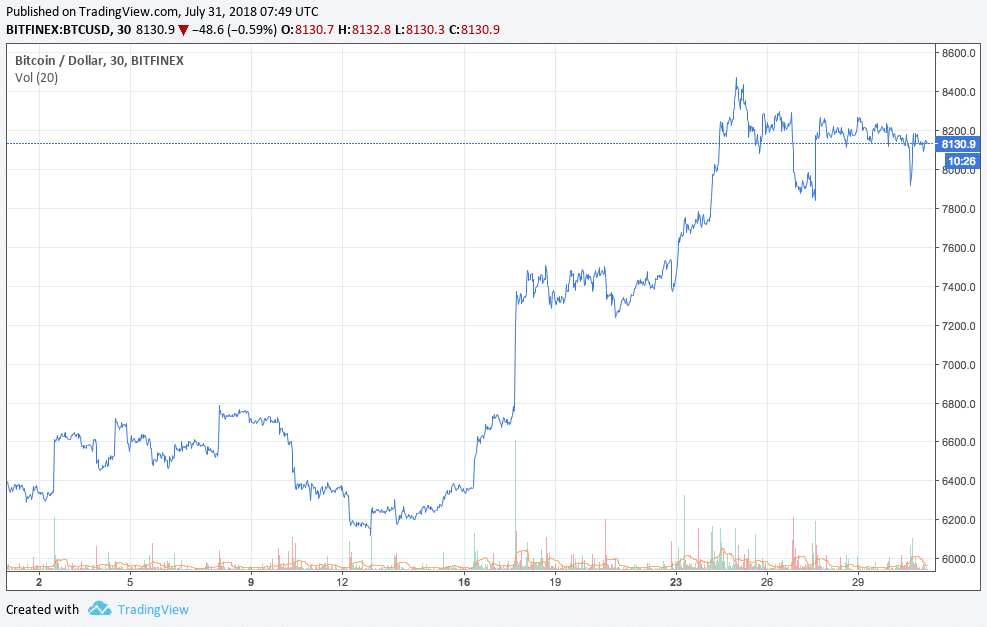 Some believe that these kinds of short-term increases in the price of Bitcoin and other cryptocurrencies are ultimately harmful to the crypto industry, as they reinforce beliefs that crypto markets are volatile and unsafe for investors.

How many % of people that say “bitcoin doesn’t need ETF” do you think will celebrate price surge of BTC caused by approval of the first BTC ETF?

Potential impact of a BTC ETF cant be underestimated. Bitcoin can survive without it but it’s better with it.

Buterin’s tweet could be an indication that he believes that widespread adoption won’t just benefit the technical aspects of cryptocurrency networks, but also the long-term stability of cryptocurrency valuation.

There are a growing number of apps that allow users to easily acquire cryptocurrency and others that provide crypto credit or debit cards that can be used for everyday purchases. However, apps that are both easy to use and accepted by most on- and offline merchants have not yet become prolific enough to really cause widespread adoption of cryptocurrency.

In an exclusive interview with Finance Magnates conducted earlier this year, Litecoin creator Charlie Lee said that he believes that widespread adoption will happen when cryptocurrency becomes less difficult: “Cryptocurrency is really hard right now–things will become easier,” he said. “I see a future where people don’t even have to know that they’re using cryptocurrency. They’ll just be sending payments [through a platform] to another person or to a merchant.”