A lot of people who once believed in the power of Bitcoin have lost their faith and for a good reason.

However, it seems that a little bit of momentum has been building in the price of Bitcoin over the last several days. A week ago, a single BTC was valued at approximately $7300. Today, Bitcoin is worth nearly $8,200, an increase of more than 10 percent. 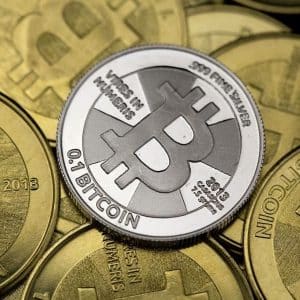 Some voices in the crypto community have declared that this latest rally is signalling Bitcoin’s big comeback. Could they be right?

Trader Brian Kelly Says that the Rally is “For Real”

On CNBC’s fast money, trader Brian Kelly said that he believes that the speculation around Bitcoin ETFs is driving the rally forward. However, he doesn’t believe that the SEC will ultimately allow Bitcoin ETFs to move forward – something that could hurt the price of Bitcoin in the long run.

On a more positive note, Kelly also believes that institutions are “starting to get serious.”

“I’m getting calls from people who didn’t like the price [of Bitcoin] December who are coming back now and saying ‘look, this thing is not going away, we need to understand this asset class and how it’s going to fit into our portfolio.’” He also noted that Coinbase might have secured a $20 million hedge fund for its custody service last week.

.@BKBrianKelly says we’re at the beginning of the next #bitcoin bull market but there’s a major hurdle ahead pic.twitter.com/XSIwnlrbmb

His sentiments echo those of Bitcoin bull Mike Novogratz, who said in a keynote speech at Korea Blockchain Week last week that “herds of institutional investors” are headed straight for the crypto market.

Kelly also explained that new interest in ‘Web 3.0’, also known as the Internet of Value, is driving increased interest in blockchain and cryptocurrency. “We’re moving from a database to a ‘data-bank’,” he said.

Head of Macro Strategies at Academy Securities Peter Tchir is not as optimistic, although citing similar indicators, he did write in a Forbes report that “for the first time in months – my view that Bitcoin is headed back to $5,000 is shaken.”

To gain a more accurate picture of where the price of Bitcoin is heading, Tchir believes that more time and research is necessary, including greater consideration of factors that may be pulling BTC down.

Indeed, a report from CoinDesk explained that a key price indicator suggests that the rally could be “overstretched.”

“Notably, the relative strength index (RSI), one of the most widely used momentum indicators, jumped above 70.00 (overbought zone) earlier today and is currently located at 74.56 – its highest level since December,” explained the report’s author, Omkar Godbole.

“So, it could be said that bitcoin is at its most overbought level in seven months.” It’s certainly possible.