Lisk CEO Max Kordek announced: “We are extremely pleased to announce Charles Hoskinson and Steven Nerayoff as our senior advisors, which accelerates Lisk product growth by giving valuable input on the technology and startup methodology,” said Kordek. “Charles and Steven were two of the most prominent individuals responsible for the phenomenal success of Ethereum. There is no one else in the world like Charles who has the vision to build a successful cryptography project and Steven, who has an invaluable entrepreneur insight after founding six companies and being a venture capitalist. Steven knows exactly what a startup needs to become a success. With their advice, we are dedicated to creating a blockchain application juggernaut.”

Hoskinson founded Invictus Innovations and created BitShares, a cryptocurrency utilizing Delegated Proof of Stake, a consensus algorithm also used by Lisk. He is a founder of Ethereum and served as its initial CEO from December 2013, until June 2014. Hoskinson’s contributions to smart contract platform are said to include designing the legal structure, crowdsale model, and building a global network of supporters. Hoskinson is currently the CEO of the Hong Kong based Input Output HK.

“Whether it be Bitshares, Ethereum or Cardano, I only work with projects that satisfy three criteria.” said Hoskinson. “First, they have to promote a cascading disruption in an industry. Second, the technology has to be interesting. Third, the team has to be honest and hardworking. Lisk satisfies all three of these criteria and I’m glad to be advising the team as they develop a vision and execute on a roadmap throughout the coming months and years.”

Steven Nerayoff, Esq. LL.M. founded six companies and invented 20 patents. Nerayoff is currently the CEO and founder of Maple Ventures, a venture capital firm focusing on blockchain technologies. He is also the founder and CEO of Cloudparc, an artificial intelligence company in the smart city and Internet of Things sectors. Nerayoff advised to Ethereum from its earliest days, created the initial legal framework and co-drafted the crowdsale model.

“I saw the gargantuan potential in Ethereum very early, and I was pleased to be part of their meteoric rise,” said Nerayoff. “I see similar potential in a very different aspect of the blockchain’s potential with Lisk, and I look forward to working with this incredible team to fulfill the potential of consumer blockchain applications in much the same way Ethereum is now realizing the potential of financial blockchain and smart contract solutions.” 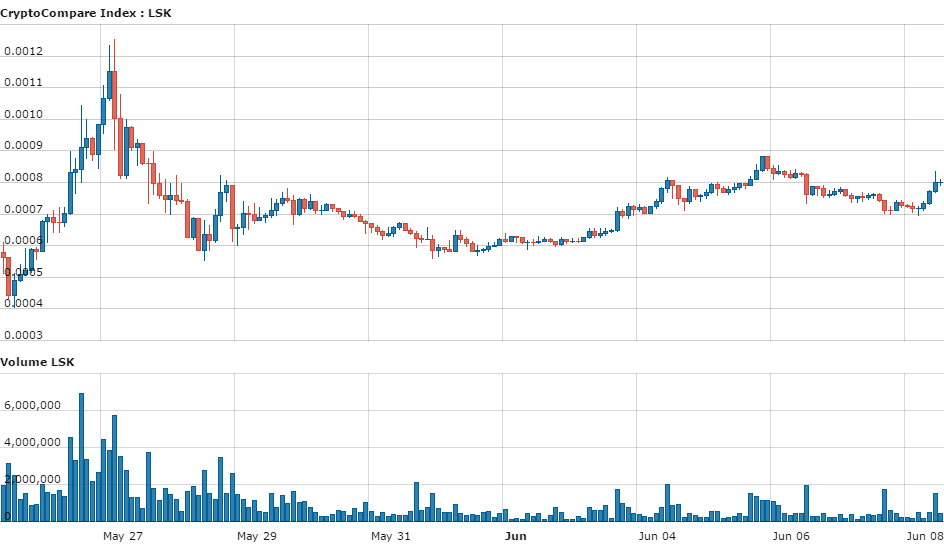 This really does help with the long term road map of lisk, adding experience & reputation of two very credible individuals to lisk. The millions raised in the ICO is being put to good use which only improves the ROI for the investors, its a safe bet to assume lisk will be over 2$ before the end of 2016, im being Conservative with that estimate as i know there is a big Chinese exchange that will list lisk very soon, that will add huge volume to lisk daily trading, that could possibly push the price much higher as the chinese… Read more »