Today’s the day, folks–more than a year after it was announced, the Intercontinental Exchange’s (ICE) bitcoin futures trading platform, is finally launching. Trading opened at midnight UTC and closed 22 hours later at 10:00 PM (22:00).

The platform was originally slated to be announced in January of 2019 but faced a series of delays due to concerns from a number of United States regulators, including the Commodity Futures Trading Commission.

Since its announcement, Bakkt has been slated as the top choice for institutional traders who wish to take positions on BTC on a federally-regulated platform; a number of analysts have predicted that the launch of Bakkt will bring a long-awaited wave of institutional capital into cryptocurrency markets.

Institutional investors won’t trade in crypto “until we can build out the rails in a regulated manner.”

Bakkt CEO Kelly Loeffler told Fortune that she sees a lot of institutional interest for an above-board way to enter into crypto markets: “the funds that trade on our exchanges expressed to us that they don’t want to deal in today’s unregulated markets, and want end-to-end federal oversight, on the level of the NYSE, to feel safe trading in Bitcoin.”

ICE’s founder and CEO, Jeff Sprecher (who also happens to be Loeffler’s husband), told the same publication that he wouldn’t go so far as to say that institutional investors are ready to buy the product just yet: “it’s not demand yet, it’s intense curiosity,” he said.

“It’s the sense that money managers want to be at the front of this train and not left out. The day-to-day news covers Bitcoin when the prices go way up or way down, but underneath we see sophisticated people investing in infrastructure and compliance that’s unrelated to the price. But they won’t use that infrastructure; there won’t be true global acceptance until we can build out the rails in a regulated manner.”

“The dailies make their offering like the cash market, but with the ability to short.”

Bakkt’s futures contracts will be physically delivered, meaning that buyers receive payouts in Bitcoin after their expiration. Other popular BTC futures, including those offered by the Chicago Mercantile Exchange, have traditionally been settled in cash, meaning that investors never have to own Bitcoin at any point in the futures-trading process; they are essentially using fiat to bet on BTC’s price movements.

For now, interested parties can see exactly how much money is flowing into the platform via Bakkt’s data feed, which is available in real-time for free until June 2020, after which point it will only be available to paying customers.

The fact that Bakkt investors deal directly in Bitcoin, however, means that BTC futures traded on Bakkt are more likely to have an impact on the valuation of Bitcoin itself. Also of interest is the fact that Bakkt’s BTC futures contracts expire after just one day, and that the BTC will be delivered two business days after the contract’s expiry date. Most commodities are not delivered for a minimum of 30 days.

Bakkt Bitcoin Futures are now actively trading on ICE Futures U.S., while the Bakkt Warehouse continues to onboard bitcoin

We take our customers’ trust seriously, and are excited to serve this market

Lanre Sarumi, CEO of crypto derivatives exchange operator LevelTradingField, told CoinDesk that essentially, “the dailies make their offering like the cash market, but with the ability to short. That’s huge.”

Sarumi also noted that the launch of the Bakkt futures market could create a sort of follow-the-leader situation with Bitcoin spot markets, although it’s unclear who will take the first turn: “the basis to the cash market would be very tight. It’ll be interesting to see if it’s the lead or the follower,” Sarumi said. “In theory, the cash market should dictate the price of the derivatives [futures] market. In practice, it’s the other way around for a lot of commodities.”

However, not everyone thinks that the launch of Bakkt is worthy of all of the hype that has surrounded it for the last year. Economist Alex Krüger asked in a poll whether or not respondents believed that the launch would be a flop–and although the sample size was difficult to control, the result was split right down the middle.

How much volume will Bakkt attract is a key variable for the week ahead. Would you expect Bakkt to flop or to launch successfully?

The price of BTC does not seem to have responded very much to the news of Bakkt’s launch. At press time, BTC was up just 0.16% over the last 24 hours after a week of plateaus. 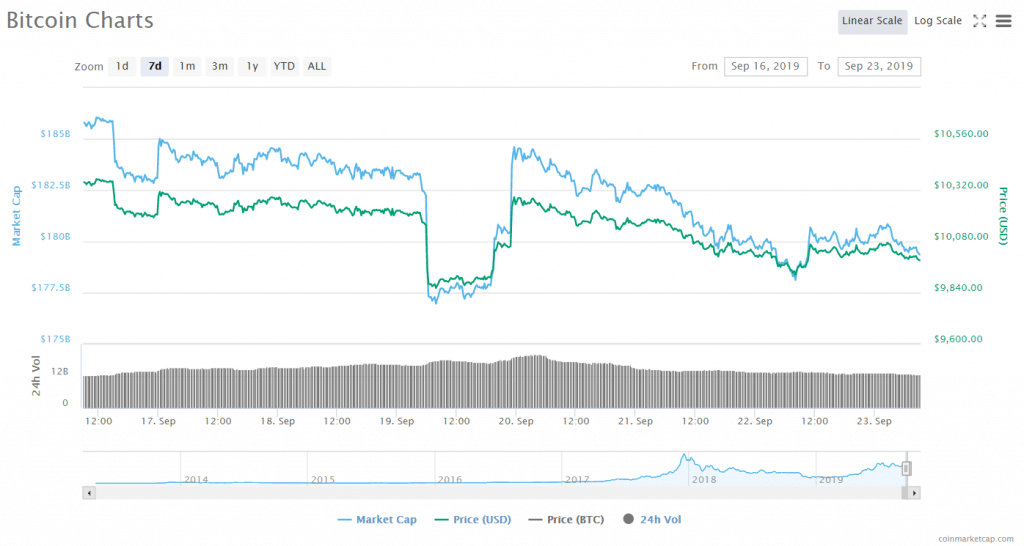