It’s a new year, and the whole world is getting a fresh start: new gym memberships, new budgets, and new packs of nicotine gum are surging.

But your dieting aunt isn’t the only one who’s turned over a new leaf. The growing stablecoin industry appears to be reaching toward a new transparency standard, one that has been hallmarked by the regular publishing of audits by some of the more popular newer stablecoins.

The Stablecoin Industry is Changing for the Better–And Fast

Take, for example, USDC. USDC is the stablecoin created by the combined forces of payments company Circle and cryptocurrency exchange Coinbase, two very reputable businesses within their respective industries. Since its launch in October of last year, the USDC has successfully published the monthly audits that it promised to its users–two so far, and counting.

Also on the up-and-up, TrustToken published the third audit of TrueUSD this December after being launched less than a year ago. Cryptocurrency firm Paxos and crypto exchange Gemini received regulatory approval for their stablecoins from the New York Department of Financial Services in September.

The increase of stablecoins eager to prove their solvency is having a positive effect on the industry. A year ago, there were only a few stablecoins in existence, some of them with rather shady and controversial reputations.

Now, there are dozens–and with heavyweight companies stepping further and further into the stablecoin game, competition is getting fierce: stablecoin companies can’t afford to cut corners anymore when it comes to being transparent and secure. This is perhaps most acutely felt by one stablecoin in particular: Tether, the largest and most widely-used stablecoin on the market.

But before we go there, let’s back up for a moment.

What Are Stablecoins? (A TL;DR)

Stablecoins are cryptocurrencies that are designed to maintain a steady value; they are digital assets that claim to act as stable, un-volatile stores of value.

There are a variety of methods through which various stablecoins achieve this. Some are ‘fiat-pegged’ coins that are allegedly backed by real-world assets, like fiat currency. Others are ‘crypto-pegged’, meaning that they are algorithmically tied to another cryptocurrency. Still other stablecoins use algorithms that automatically adjust their circulating supply so that a stable value is maintained.

Stablecoins that use algorithms are easily able to prove their solvency with mathematics. Much like the Bitcoin network and other decentralized cryptocurrency networks, they do not rely on any singular party to maintain or prove their value; the mathematics on which these stablecoins are based offer an easy source of proof of solvency in their source code.

Stablecoins that are pegged to fiat currencies, however, are a different story. Typically, users have to rely solely on a company’s good word that it has the fiat currency (or other asset) to back up its stablecoin’s value. Because stablecoins are such a new invention, there isn’t really any government regulation enforcing these companies’ responsibility to prove the solvency of their coins.

Proof-of-Solvency Has Long Been an Issue for Tether

In the past, this has proved to be a major source of concern for users as certain stablecoin companies have failed to produce adequate proof that they have the money that they say they do.

Take Tether, the most widely-used (and most controversial) stablecoin on the market.

For years, the company failed to produce a financial audit of its accounts, in spite of a promise on its website that regular audits would be conducted and published. There were several documents that resembled audits, sure, but users were unsatisfied and concerned about their assets.

And rightfully so. Early last year, reports began to emerge that Tether Dollars (USDT) were being “printed” without the fiat currency to back them up and that these unbacked USDT were being used to artificially inflate the price of Bitcoin. Eventually, the rumors were affirmed in an academic study by researchers at the University of Texas, the results of which were published in the New York Times in June.

Still, the company did not produce an audit. The media surrounding the issue eventually quieted, but controversy was stirred once again in October when Tether suddenly began to lose its value. The value of a single Tether dollar, which is supposed to maintain a steady value of ~$1.00, sank as low as $0.90 on some exchanges. Analysts have since suggested that the dramatic decrease in the price of USDT was caused by a sort of “crypto bank-run.”

Although USDT managed to recover within a couple of weeks, the fluctuation was–for many–another red flag. Many users who weren’t previously disillusioned with Tether saw the dip as a strike against Tether’s alleged solvency.

Over the last few weeks you guys have almost done everything possible to create this FUD yourself-from deleting user questions on Reddit, to running away & hiding. Why aren’t you allowing an independent audit? Why is your CEO not visible anywhere like Binance’s or Coinbase’s?

Then, something almost miraculous happened. In mid-December, Bloomberg published a report saying that fears of insolvency “may be unfounded” according to bank statements reviewed by Bloomberg News itself. The report also said that “at least some of the statements have been shared with regulators,” and that “while the documents don’t provide a complete accounting of Tether’s finances, they do offer more detail than has ever been made public.”

The best proof of tether’s solvency is that it survived this market downturn & recent banking woes with the peg barely slipping. Working as designed.

The biggest threat to tether continues to be US gov intervention, not solvency. Insolvency claims have always been unfounded.

But is this enough?

For Elizabeth White, CEO of financial technology firm the White Company, the answer is no. “When we are talking about money, it’s really not enough to just talk to a reporter to convince them,” she said in an email to Finance Magnates.

Instead, “the convincing has to be done directly to the public and holders of Tether. While Bloomberg is certainly a reputable publication, it is not a regulator or a user of Tether, and the crypto community deserves to have this alleged ‘proving information’ shared with them.”

Why Hasn’t There Been an Audit?

So, even though Bloomberg has vouched for Tether, the question remains: why no audit?

White says that although the reason is unclear, “presumably it’s because all of the fund [sic] are at one bank and that bank is not a reputable institution (i.e similar to Noble Bank in Puerto Rico). If they reveal the identity of the bank, it could cause problems for [the bank.]”

Marc Weinstein, Principal of Wave Financial Group, theorized that the lack of transparency could have something to do with keeping insider knowledge on the inside.

“It’s possible that those closest to Tether have much to gain from the uncertainty and volatility in the market,” he explained to Finance Magnates. “If you knew with 100% certainty that there was US$1.00 backing every USDT issued & outstanding, and the market discounted USDT to $0.86 on the dollar, you’d have a guaranteed 16.3% return on investment as the market uncertainty cleared and USDT price returned to $1.00.”

Another possible reason could be the game of “catch-up” that some theorize that Tether has been playing with itself for the last several years: print a lot of unbacked dollars, and then mine (and sell) enough BTC to fill up the bank account with USD. If this theory is true, this could offer some explanation for why Bitfinex’s non-audits have been piece-meal that have come so few and far between.

“Selling into a down market is very difficult, which is probably why it took Tether a whole year to do it,” White commented.

Whatever the case, “the problem moving forward (and not only for Tether) would be the ability to prove their solvency at any given point in time, rather than just once annually,” said IN Consulting blockchain analytics expert Hristo Piyankov in an email to Finance Magnates.

Looking Into the Long-Term Future

Indeed, this is the rub for Tether–with the increased competition, the company must find a way to regularly prove its own solvency at the same level of its competitors, like USDC and TrueUSD. Of course, Tether is still the most widely used stablecoin, and by a longshot. At the time of writing, Tether’s market cap was $1.9 billion; USDC’s rang in at $338 million, and TrueUSD’s was just $203 million.

There are two ways that a new stablecoin could break Tether’s network effects: a crackdown from authorities or a sufficiently distinguished value proposition. Regulatory compliance could be the factor that enables a second stablecoin next to Tether.

However, there is no doubt that Tether’s competition will gain more footing overtime. So, in this long-term sense–is Tether up to the challenge?

Maybe. If the company can manage to get its act together quickly and begin pumping out monthly (or even bi- or tri-monthly) audits, it will truly be a force to be reckoned with (although it still may have to answer for its years without an audit.) 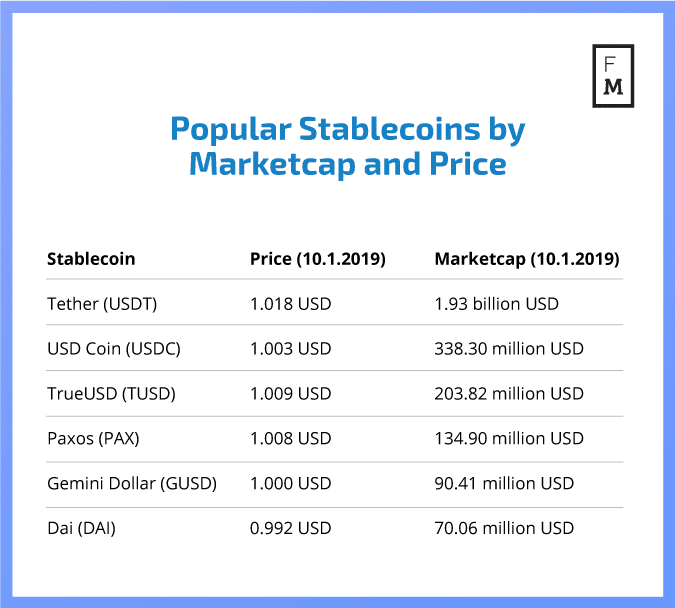 But there’s a lot of skepticism for the long-term future of Tether. “Tether, while having a massive market cap, is simply not used for anything other than trading, because other stablecoins…are much faster, safer and cheaper to use for payments use cases. And in the trading use case, no one wants to hold Tether over exchange coins like TrueUSD and USDC which have become much more popular,” White told Finance Magnates.

Weinstein echoed her sentiments. “Long term, I don’t believe Tether will be able to compete,” he said.

“That said, we’ve counted them out before and they are still the clear leader.”

Maybe it caused some positive changes for cryptocurrency, but i think the biggest step – is development into crypto industry in general.