MaidSafeCoin, one of the newest altcoins to rank near the top 10 in market cap, has quietly advanced during the past week.

It has doubled in value and is currently hovering near record highs, even as the majority of altcoins continue to struggle.

Trading at roughly 0.052 mBTC (equivalent to $0.032) per MAID, it has doubled in value from one week ago and has made its way into 9th place in market cap. Its valuation is $14.6 million, a stone’s throw away from that of Namecoin, long a recognized name amongst major altcoins.

While its daily volumes aren’t high, they are higher than most other altcoins, even those with higher valuations. Current 24h trading volume is equal to roughly $25,000.

The coin trades on Poloniex and MasterXchange, the latter being the decentralized exchange engineered by Mastercoin. If bought with mastercoins, MAIDS are designed to be issued to their buyer automatically without having to be sent from a 3rd party.

MaidSafeCoin, also branded as safecoin on its website, seeks to reward those contributing to its SAFE (Secure Access for Everyone) network, which seeks to decentralize internet services.

Internet service providers and internet companies like Google and Facebook centrally store user data on their servers. The SAFE network uses a proof of resource (POR) to cryptographically validate “farmer” resources such as storage, CPU capacity and bandwidth which serve to distribute and store data securely on farmer machines. 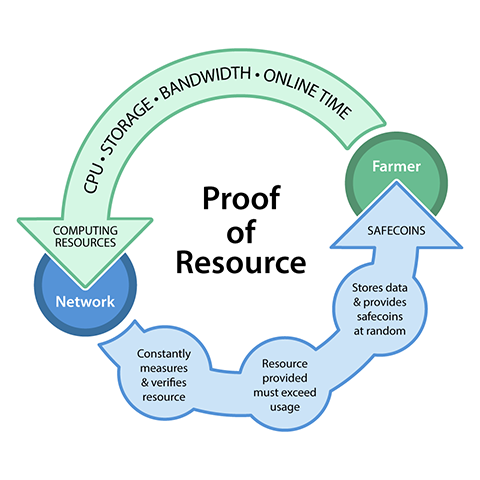