News around the Bitcoin network has stayed relatively quiet lately. After Bitcoin’s epic rise and subsequent fall at the turn of the year, hodlers around the world have watched BTC quietly stagnate. There were a few dives into serious bear territory; there were a few false starts to what many hoped would be recovery.

But no – Bitcoin has stayed more or less steady, never dipping below $5500 and never managing to break through $10,000 since mid-March. 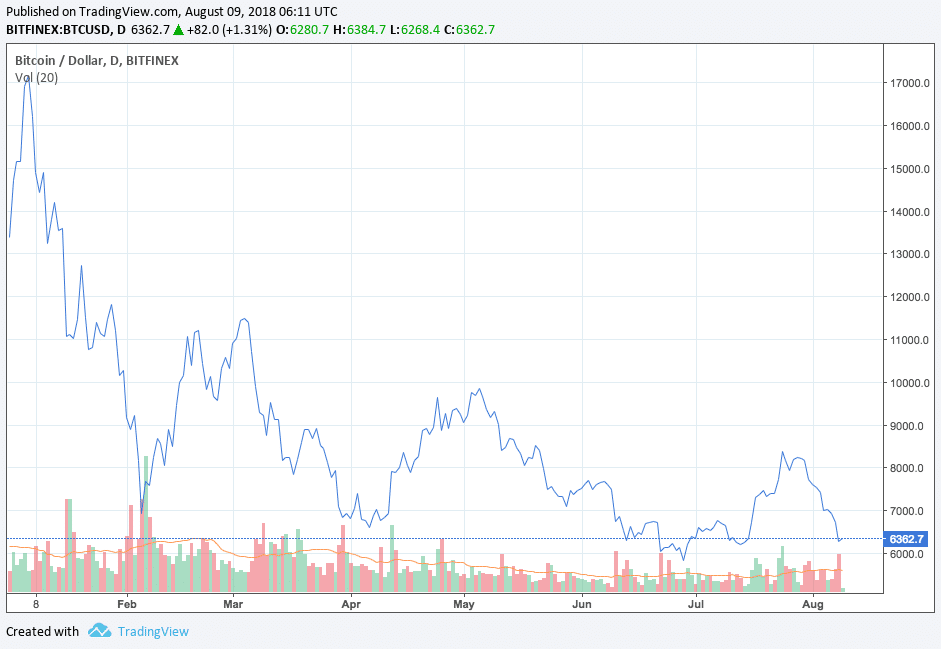 In addition to the relative stability in the price of BTC, the Bitcoin network has seen relative consistency in terms of its block times over the past six months. ‘Block time’ refers to the time that it takes for a group of transactions to be confirmed on a blockchain network.

Bitcoin’s block time is infamously slow. In times of high traffic on the Bitcoin network, block confirmation time can increase astronomically. Towards the end of 2017, reports of Bitcoin transactions taking hours or even days to complete plagued the network. High traffic also usually means high fees. In the most extreme cases, BTC transactions have been reported as costing more than $100.

What is the Lightning Network?

A few solutions to alleviate Bitcoin’s scalability issues are currently being developed. Many believe that the most promising of these is the Lightning Network, a second-layer payment protocol that works in tandem with the Bitcoin network to make transactions happen instantaneously and with minimal fees. In other words, it’s a piece of software the makes the Bitcoin network much more efficient, and therefore much more practical for everyday use.

The Lightning Network Has More Nodes than Ever Before – But Are We Any Closer to Adoption?

Earlier this week, reports emerged that the Lightning Network has undergone a significant rise in adoption. The Network requires that its nodes (computers that uphold it) maintain a certain amount of Bitcoin in order to facilitate transactions. When the network launched, 4 BTC were staked (held) in the network.

Now, according to Bitcoin Lightning, 100 BTC are held in Lightning Network nodes, an 85 percent jump growth over the past month. An estimated 3000 nodes are currently part of the LN.

On the surface, it seems that the increase in nodes and BTC means that the Lightning Network is closer than ever to being fully functional. Is it so?

Nodes are incentivized to stake their coins with small token rewards collected from transaction fees. The amount of transactions routed through the network is reportedly still quite small, perhaps mostly because of the newness of the LN. Therefore, running a node on the Lightning Network currently costs more in electricity than can be earned in transaction fees.

Andreas Brekken, the owner of crypto review site Shitcoin.com, wrote about this in a four-part series on what it was like to run a Lightning Network node in mid-July. Brekken staked 35 BTC (worth approximately $221,000 at the time) in the network; he subsequently controlled 49 percent of the network.

While Brekken found that it was relatively easy to set himself up as a Lightning node, he found that using the network for making payments was difficult.

In the third installment of his four-part review series, entitled “Lightning Network #3: Paying for Goods and Services,” Brekken attempts to pay 2,020 satoshis (for context, one satoshi is equivalent to 0.00000001 ฿) to SatoshiTweet. He received an error message; “I click the button a few more times — The error remains the same — I look in the Google Chrome network inspector and SatoshiTweet is returning a generic 500 Internal Server Error response,” he wrote.

He also attempted to play ‘Lightning Spin’, a Lightning Network-based game. However, Brekken experienced glitches in the site and rapidly changing invoices. He needed to reset his browser to stabilize the game.

Brekken tried a number of other Lightning Network-compatible online shops, games, and services, and ultimately found that most of them presented errors at some point.

“Sending payments using the Lightning Network is cheaper than the regular Bitcoin network,” he concluded,” “but suffers from routing errors and wallet bugs that make it impractical even for highly technical users.”

Several weeks before Brekken’s review, Diar reported that the Lightning Network showed an eye-popping 99 percent failure rate on large Bitcoin transactions. Additionally, “the success rate for a payment for no more than a few dollars between random LN nodes is 70%,” the report read. Only transactions of amounts equivalent to $0.03 or less showed a 100 percent success rate.

Emin Gün Sirer, Professor of Computer Science at Cornell University, pointed out in June that this was true even though the number of payment channels on the Lightning Network had increased by 10-fold over the past five months.

We are seeing some of the emergent properties of LN. In five months, number of routes increased 10x, but probability of successful routing did not increase at all. Its failure probability seems to be scale-free. https://t.co/EhOnR88in3

Diar also said that centralization on the Lightning Network was an issue even before Brekken came on with his 35 BTC. In late June, 0.4 percent of the nodes on the network (approximately 10 of 2500) controlled 53 percent of the network’s capacity.

The publication cited the “lack of liquidity between nodes” as a major contributing factor to the centralization. Another problem was described as the “online factor”: the requirement that transference of funds on the Lightning Network requires that the sender, receiver, and all intermediaries must be online in order for a transaction to be successfully processed.

One Reddit user pointed out that if the Lightning Network becomes highly centralized, “the company or companies that processed [transactions] would essentially be like gatekeepers for anyone who wanted to use the Bitcoin network.” If this happens, “Governments would likely try to impose standard AML regs and such,” they wrote.

Why Lightning Network sucks, makes Bitcoin an altcoin, and government will love it: https://t.co/pzsXrjFeoG

Regulated Exchanges May Not Adopt Lightning Network Due to Regulatory Concerns

Bitcoin advocate Andreas Antonopoulos pointed out in January that in addition to government interference in the Bitcoin Network, the Lightning Network could present some other kinds of problems in terms of regulation.

He argued that regulated exchanges like Coinbase probably wouldn’t run Lightning hubs because “they have a fully KYC/AML-ed customer on one end of their connection, but if they receive a payment that’s going to that customer over the Lightning Network, they have no idea whether that customer’s the final destination.”

“If they receive one coming in from that customer, they have no idea if that customer’s the origin, which means their KYC just fell apart – completely fell apart,” he explained.

There’s Still Hope for the Lightning Network, But There’s Work to Be Done

In an exclusive interview with Finance Magnates conducted earlier this year, Litecoin creator Charlie Lee expressed some enthusiasm for the future of the Lightning Network for Bitcoin as well as LTC: “I believe that [second-layer] solutions like the Lightning Network really do help Bitcoin and Litecoin scale safely,” he said, “I think they are really needed, and I’m excited about the progress that people have made.”

However, he also acknowledged that the Lightning Network is far from perfect. Lee described the Network’s UI as “difficult,” and added that there are “issues like [payment] channels opening and closing, and some issues with adversarial conditions…where people are trying to steal money.”

“Can they do that? How can you safely protect people from stealing money from Bitcoin addresses? There’s definitely a lot of work for them ahead.”