In the United States, many questions remain around the legal aspects of the cryptocurrency industry. While the country may not have the slowest legislative system in the world, it certainly doesn’t have the fastest or most agile–therefore, when any US government body even hints at some aspect of crypto regulation, the whole world stands at attention.

In early April, the United States SEC published a set of guidelines for ICOs that had been in the works for nearly half a year. The framework focused on token classification, explaining the circumstances in which cryptocurrencies may be legally considered to be securities.

In order to determine whether or not a token is a security, a number of factors are taken into account, including an expectation of profit, the creation or support of a market for a token, and whether or not a single group of entities is responsible for certain tasks within a token’s network.

The guidance also contained elements of the Howie test, including whether or not there is a correlation between a token’s purchase price and a market price and what the token’s use cases might be.

the SEC publishes digital asset guidance and interpretation of the Howey Test, and the SEC division of corporate finance responds to a no-action letter on a proposed @turnkeyjet token sale.

The guidance also provided criteria for tokens that have been sold in the past and whose status as a security may need to be reevaluated. These included whether “distributed ledger network and digital asset are fully developed and operational,” whether a token’s “prospects for appreciation” are limited, and whether a token operates as a store of value if it is billed as a security.

Certainly, the SEC releasing these guidelines is significant–in theory, at least, ICO issuers should have a degree of legal clarity that they previously did not.

The guidelines were further iterated in a no-action letter that was sent to TurnKey Jet, Inc., affirming that the tokens issued through its ICO were not securities as long as they kept a certain set of conditions:

But exactly what did the new guidelines–and their affirmation in the TKJ letter–really add to the legal space around cryptocurrencies?

For many, the answer is “not much.”

Indeed, it seems that the guidance and the letter were more or less reiterations of what is already known. “This is an elaboration or what securities lawyers already knew, not that some new ground was broken here, neither making thing stricter nor more lenient,” wrote Jeff Bandman, Co-Founder and Board Member of the Global Digital Finance Initiative, in an email to Finance Magnates.

I was initially excited about this no-action letter, but now I’m realizing its just the SEC saying ‘well we aren’t going to enforce action since you sold USD- pegged loyalty points for your small air carrier company to your members’

Therefore, neither the guidelines nor the letter changes much for those who have been following securities laws to the letter. “I don’t think the framework proposes any limitations that seriously affect the way that allegedly compliant ICOs are already running,” ICO Attorney Braden Perry told Finance Magnates.

Indeed, the TKJ letter “is very narrow in the analysis that the TKJ offering was not a security.”
“Specifically, it restricts the TKJ tokens to TKJ wallets, only, and not wallets outside of the TKJ platform. This little room for the exchange of TKJ tokens and other ICOs. This shows a path for compliant use but many other environments and uses exist that are not addressed in this letter.”

In other words, the SEC’s guidance and the letter didn’t do much to help projects who are pioneering new legal territory in the ICO space. “ The SEC took a rather limited example which hardly resembles a typical ICO or IEO other than the fact that the example happens to involve tokens,” explained Samuel Katz, Partner at Nellis & Katz LLP, to Finance Magnates.

Samuel Katz is a featured panelist at the upcoming Finance Magnates Barcelona Trading Conference (BTC). To get your tickets to the conference, click here. 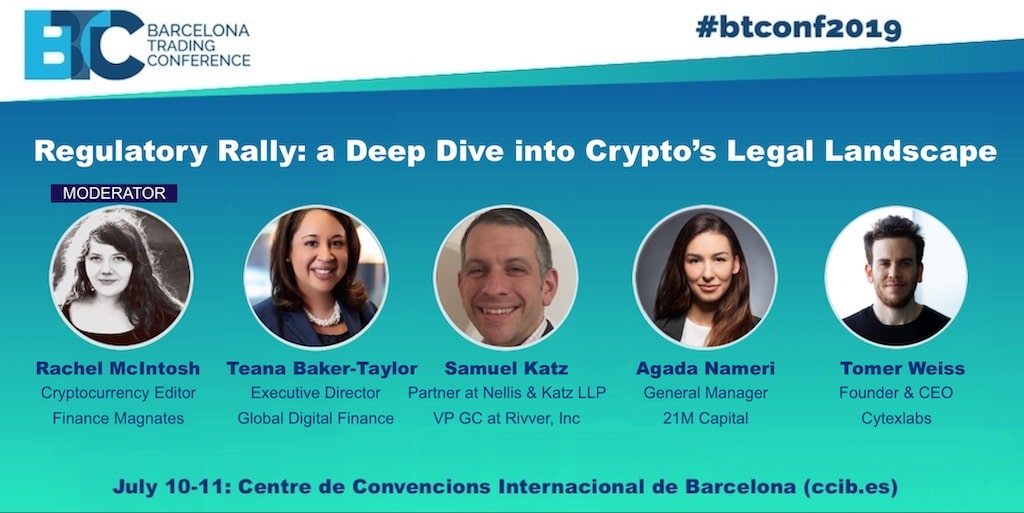 So, just as before, “ICOs and IEOs in the US need to follow existing US securities laws,” he said. As such, “an offering to the public would require a registration statement or reliance on a smaller offering exemption, such as Regulation A+ or Regulation CF.”

However, the SEC did leave some important questions unanswered in the guidelines. “Even with that, there are numerous compliance questions with respect to tokens that aren’t meant to represent economic value in an entity, which is what is typically considered a security and what the securities laws were aimed at.”

“A particularly interesting example of this is the recent filing by Paragon Coin of a Form 10 as mandated by their settlement with the SEC. In this case, a standard disclosure model was followed even though the tokens represent the rights to certain services provided by the company,” he added.

Additionally, the SEC did not explain the importance of the guidelines it provided relative to one another: “from conversations I’ve had, I think a number of people in the market are unhappy that the SEC did not tell us how to weigh the factors (or any particular combination of factors),” Jeff Bandman explained. On the other hand, “the law does not really lend itself easily to that.”

“You can’t make everyone happy,” he added. “It is a thankless task.”

The SEC has also remained silent on the issue of which custody practices should be for broker-dealers who hold cryptocurrencies.

The primary issue around custody is the fact that while broker-dealers can easily verify that cryptocurrencies within a specific wallet belong to them, it is much more difficult to prove that the wallet cannot be accessed by someone else.

“A digital asset … is controlled by whoever possesses the private key, and it’s hard to prove a negative,” said FinHub head Valerie Szczepanik during a panel at the DC Blockchain Summit that was held in March. All the same, crypto firms “need to show that they have possession and control and that could be hard to demonstrate with a digital asset.”

The framework also used the term “Active Participant,” but did not clearly define what it really means. “The ’Active Participant’ language is relatively troublesome and leaves a lot of questions,” Braden Perry said.

Why does this matter? Samuel Katz explained that the term “Active Participant” is most relevant “there is a separate question regarding when a platform is considered ‘decentralized,’” in which case “the related token would no longer be a security.” It is in this context that the AP becomes important, as the AP is a factor in whether the ‘reasonable expectation of profits from the efforts of others’ prong of the ‘Howey’ test is met.”

Perry added that “[the term is] important because of the analysis of the Howey Test, and the economic reality of the transaction and what character the instrument is given in commerce by the terms of the offer, the plan of distribution, and the economic inducements held out to the prospect in relation to the expectation of profit.”

“This will likely be the subject of further guidance,” he said.

“The last thing any industry wants is regulation by enforcement.”

And most legal experts will agree that this framework and the no-action letter are likely just the beginning of the guidance that the SEC and other regulating bodies will provide.

“I’m not sure additional regulations are needed, but more guidance is,” Braden Perry said, adding that no-action letters are a “great way to guide companies through novel technology.”

“The last thing any industry wants is regulation by enforcement, in which agencies decide that some practices should have been illegal, and instead of declaring it illegal from now on through rulemaking, go back and prosecute the people who were doing it before,” he said. “But that regulatory framework will likely lag the innovation, and frustrate those willing to adopt new technology.”

Samuel Katz added that future guidance from the SEC would likely focus on investor protections: “we are more likely to one day see the SEC create a new or modified framework for sales of tokens in ICOs that would incorporate the disclosure and investor protection regimes under US law and regulation.”

Regardless of whether or not any extra guidance is released by the SEC, lawyer Jake Chervinsky tweeted an important reminder on the day that the guidelines were released: “the SEC does not make the law. The Framework isn’t binding on anyone, not even the SEC itself. SEC lawyers can only decide their own enforcement strategy, but they can be wrong & they can lose in court.”