Kakao Corp., the parent company of South Korean messaging app ‘KakaoTalk,’ has managed to raise $90 million for ‘Klaytn,’ its blockchain platform. Bloomberg reported that the money was acquired through a private coin offering and that another fundraising round seeking a similar sum will begin tomorrow, March 12.

Jason Han, the CEO of Kakao’s blockchain unit, known as ‘Ground X Corp.,’ told Bloomberg that venture capital and private equity funds such as Translink Capital, Crescendo Equity Partners, and IDG Capital were among the firms that contributed to the initial round. The platform was originally scheduled for launch last year, but needed more time; it is now set for launch in June.

$90 Million is Quite a Sum in the Bear Market Environment

The success of this first fundraising round is particularly significant relative to the massive bear market that has plagued cryptocurrency markets for over a year. The first fundraising round took place from October to December, during which time the price of Bitcoin sank from roughly $6200 to $3800. Bitcoin currently remains around $3800, less than 25 percent of its all-time highest value. 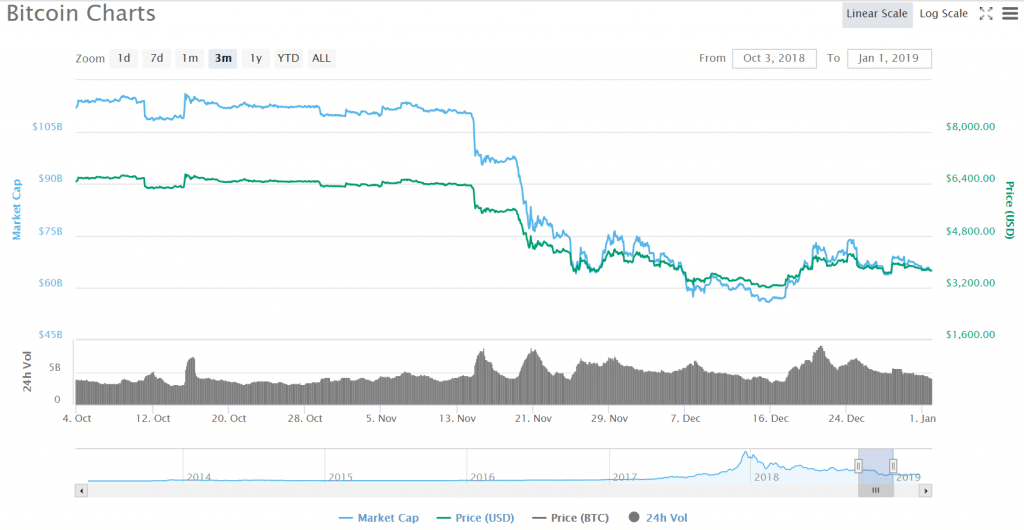 Once Klaytn is launched for use by the general public, Han said that Ground X’s goal is to onboard 10 million user accounts within its first year. The firm is also seeking to rapidly expand its pool of employees, of which there are 65 so far.

Ground X will fill Klaytn with a variety of services developed by third parties, including games and travel apps.

In fact, Ground X has already joined efforts with 26 companies that have agreed to run their apps on Klaytn. For example, game development firm Wemade Entertainment Co., high-end Chinese travel agency Zanadu, and video-streaming service operator Watcha will run apps on Klaytn. Han said that some of the apps that will be available on the platform have millions of daily users – a fact that Han hopes will bring millions of users to Klaytn.

Despite the popularity of Kakao’s other services, including messaging app KakaoTalk, the services won’t be initially included on Klaytn. However, Han did say that “one of [Kakao’s] services” may be brought onto the platform, but nothing is certain yet.

For now, Han says that Ground X’s goal is to use Klaytn as the “middle ground” for the best of existing mobile services and the best of blockchain technology.

However, if Kakao’s messaging service manages to be added to the platform, it will become one of a growing number of messaging apps that are turning toward cryptocurrency and blockchain.

Indeed, Telegram and Facebook’s WhatsApp have both announced cryptocurrencies of their own. Telegram made history with its $1.7 billion ICO last year; the WhatsApp coin is set to launch later this year.