The Bank of Canada has weighed in on a variety of digital currency issues as part of its Spring 2014 review. Apart from the no-surprises discourse on Bitcoin, it also discussed digital currencies such a Facebook Credits and Amazon Coins.

On Bitcoin, the commonly discussed risks of volatility, risk of loss/theft and potential use for criminal activity are referenced. Benefits of Bitcoin, such as lower transaction costs, are briefly mentioned as well.

The remainder of the section is devoted to what it terms as “platform-based” digital currencies. It is worth noting that when introducing the topic, zero reference is made to MintChip, the Royal Canadian Mint’s (RCM’s) project for a p2p Canadian dollar, now facing an uncertain future. There was ample opportunity to do so:

One may speculate that the Bank of Canada was not enamored by the RCM undertaking. Whether the RCM would have required the Bank’s blessing or cooperation is unclear. But taking into account the Bank’s understandably strong views on their role in monetary centralization, one wonders how supportive they would be of p2p currency, even if denominated in Canadian dollars. 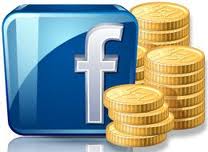 As for platform-based digital currencies, these are characterized by two attributes: (1) they are centralized and controlled by their platform (2) their objective is not necessarily for payment services. Their attributes relative to those of fiat are examined.

The majority of these digital currencies were only beneficial to their issuers if used internally on their platforms. For example, Facebook Credits are restricted to Facebook-specific activities, such as buying virtual fertilizer for one’s virtual plant. These activities enhance user engagement and time spent on the platform, ultimately leading to greater value for advertisers and higher advertising revenue. In almost all cases, the currency in question does not pose a real-world cost to the issuer when redeemed, unlike fiat. However, users may purchase such credits with fiat.

One exception may be Q-coin. It was intended for the purchase of “virtual goods” on Tercent, a Chinese social networking site. So far, seems to be like the others.

But in perhaps an eerie foreshadowing in what will one day transpire with Bitcoin, the digital currency exploded. It made its way out of the social network as merchants started accepting it. At one point, it was worth several billion renminbi (RMB). All this was put to an end in 2009 when Chinese authorities banned “digital currency”, in order to “limit its possible impact on the real financial system.”

The document assesses that several of the digital currencies lack the key element of “transferability” when considered in how they would function as currency in the mainstream financial system. Furthermore, even those which are transferable, such as WoW Gold, have not gained much traction outside their platforms.

In conclusion, we don’t have to worry about the potential effects of platform-based digital currencies, according to the document:

They’re not useful as a currency outside their platforms, and those which are have already been banned. This is in line with the Bank of Canada’s dismissing any potential effects by Bitcoin on the Canadian currency two weeks ago during testimony in the Senate banking committee.

Share this article
Tags: canada
Got a news tip? Let Us Know