The latest rally in Ethereum prices is causing a shortage of high-end graphics cards by Advanced Micro Devices, Inc. (NASDAQ:AMD).

Ethereum miners are gobbling up every powerful graphics card as soon as it hits the market in order to generate the second biggest cryptocurrency. As a result, it is now impossible for gamers and ordinary PC users to get their hands on any 1080p-capable AMD Radeon graphics cards, this according to a report by PCWorld. 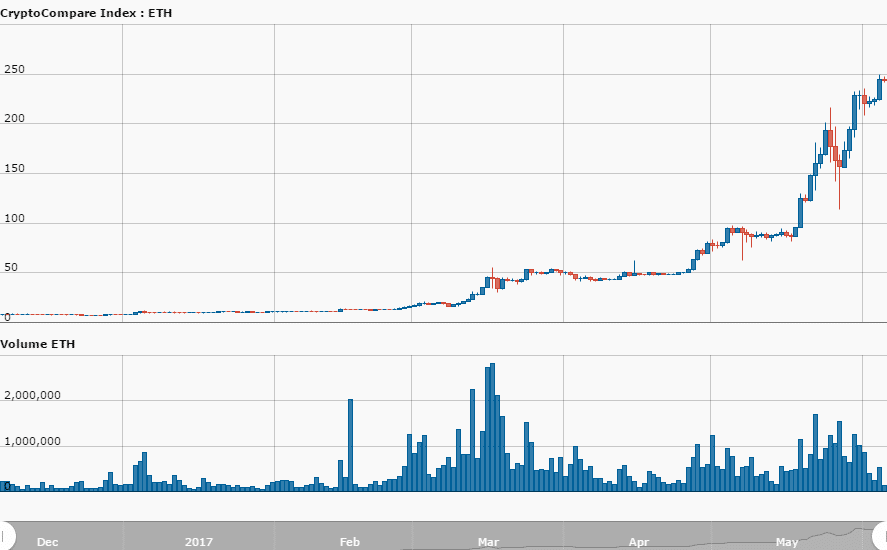 As we reported before, the recent cryptocurrency rally is being pushed by new traders mainly from Asia, with exchange rate premiums reported on exchanges in Japan, South Korea, China and India.

Advocates give a number of reasons for the recent jumps in the price of Bitcoin, Ethereum and many other altcoins. One is that Japan is to stop applying consumption taxes on cryptocurrencies in July. Another is that mainstream adoption seems closer than ever with companies such as Fidelity jumping on the bandwagon.

In addition, the major Chinese trading venues, most of which until now focused exclusively on offering Bitcoin trading, are seen to be coming around to recognizing the potential demand for Ethereum. Huobi already added ETH transactions on May 31 and rival OKCoin announced that Ethereum trading services will be available on June 1.