It was an eventful weekend for Bitcoin. The price of BTC reached a new yearly high on Sunday, peaking around $9,150 before plummeting to roughly $8,650 less than twelve hours later.

Bitcoin’s hash rate is a measurement of the amount of computing power that miners are putting into the network at any given time. In order to mine BTC, miners use powerful computers that solve cryptographic equations by guessing the answer, or the “nonce,” to each equation. Each guess is one “hash.”

Hash rate could be indicative of BTC price trends

Examining trends in Bitcoin’s hash rate is important because these trends can be indicative of BTC miner confidence in the future of the network. A higher hash rate also means that the network is more secure since it would be more difficult for a hacker to gain control of more than fifty percent of the network’s computing power (a 51% attack).

One theory behind this phenomenon is that the influx of hash power–and the miners behind it–is a sign that these BTC miners are expecting a major upswing in the price of Bitcoin.

On the other hand, however, the upswing of miners could also be the result of a rush to profit off of BTC’s current price highs and higher mining reward before the halvening.

Does a higher hash rate indicate the arrival of a higher price?

These two theories represent two sides over a debate in the Bitcoin community about how Bitcoin’s hash rate and price are related. Some analysts believe that price follows the hash rate; others believe that it’s the other way around.

However, historically speaking, it seems that the latter theory is closer to the truth–although it can take a significant amount of time with Bitcoin’s price to catch up with its hash rate.

For example, the price lows that BTC experienced near the end of 2018, and the recovery it experienced during 2019 were precipitated by changes in its hash rate.

Bitcoin prices didn’t start to recover until the end of March 2019, but they did eventually rise, and have been on a general upward trend ever since. However, whether or not history will repeat itself in terms of the relationship between price and hash rate remains to be seen. 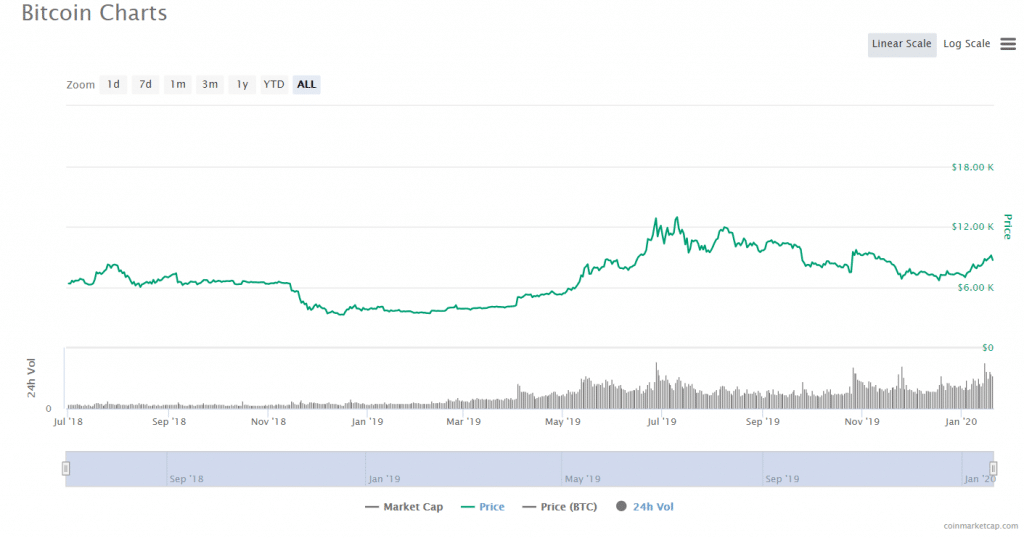