Factom, the blockchain technology company that secures data via decentralization, has announced that it has wrapped up a Series A round of equity funding. The raised sum was reportedly $4.2 million and among those who took part were Propertyinfo, Star Vista Capital, CashBUS, BnkToTheFuture, Fenbushi,China Canada Angels, Plug and Play, Tospring Technology and a number of Angel Investors.

The round was led by Tim Draper of Draper Associates. He commented: “Securing data is mission critical for governments, banks, car companies, credit card companies, retailers and any company concerned with hacking. Centralized data is prone to critical failure by any individual mistake, whether by user error or malicious hacking. By decentralizing data through the blockchain, Factom avoids critical failures due to user error or hacker. Factom lets people sleep easy knowing that their bank account won’t be broken into, their car won’t errantly go off the road, and their identity won’t be stolen.” 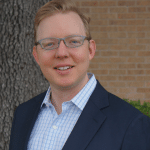 “We are delighted to have venture capitalists of such caliber help us build Factom,” said Peter Kirby, CEO and co-founder of Factom, Inc. “This round of funding allows us to aggressively grow the company and the underlying technology. We started Factom to build a more honest and transparent world using a pretty simple approach: create software that makes it impossible to change the past and point that software at places where it solves valuable business problems. This funding accelerates our progress down that road.”

“Consensus is extremely challenging,” added Paul Snow, Chief Architect and co-founder of Factom, Inc. “Blockchains first pushed the boundaries of computer science with the simple yet revolutionary ability to trade digital value openly. Now we are pushing the limits of computer science in a second revolution. The Factom protocol allows for the open coordination of processes against immutable ledgers of data. It will have the same kind of impact on data and systems as the first revolution had on value.”

Share this article
Tags: Factom
Got a news tip? Let Us Know