Because of the ongoing coronavirus quarantine, a lot of people (perhaps even you, dear reader) are stuck at home these days. As such, online entertainment is on the rise–reports from China say that online games are more popular than ever; streaming services like Netflix have seen a surge in demand.

Specifically, ManyVids and LiveJasmin saw 17% and 8% respective increases in cart sizes; other adult stores reported as much as a 36% increase in turnover.

CoinTelegraph’s report noted that while many of these online adult platforms are based in Europe, the products’ customers are spread in countries that have been hit by the coronavirus all over the world: the United States, India, Philippines, Germany, France, Netherlands, United Kingdom, and Italy.

Covid-19 Fallout: A Unique Opportunity for the FX Market!Go to article >>

Crypto transactions took a nosedive throughout the month of March

Coingate also reported an increased level of activity in Forex markets since the spread of the coronavirus began to look more serious last month–in fact, some merchants on the payment gateway have reported an increase as large as 240% in turnover compared to pre-quarantine times. Meanwhile, BTC payments grew by 13%, Ethereum (ETH) payments by 14%, and Bitcoin Cash (BCH) payments by 12%.

Coingate said that it’s possible that an increase in this type of activity could point to an increased usage of crypto in the future: “…people might start using cryptocurrencies more often, especially when traditional markets show that they can be much more volatile than Bitcoin,” the company said to CoinTelegraph. “And that is definitely a positive sign for crypto adoption.”

However, while Coingate’s payment processor may have seen a boost in crypto transactions in certain areas, the year so far has proven to be pretty rough for Bitcoin and other cryptocurrencies both in terms of price and transaction volume. 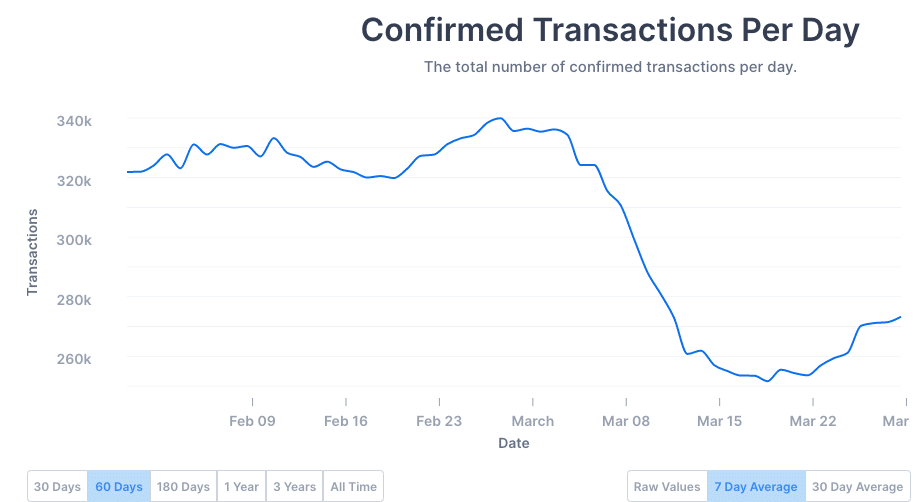