Over the past year, the cryptocurrency industry has grown by leaps and bounds. There were a number of factors that contributed to this growth–the legal legitimization of cryptocurrencies in some countries, the launch of Bitcoin futures contracts, and even some conspiracy theories.

One of the most–if not the most–important platforms in this regard has been Coinbase, valued in May at $8 billion. Coinbase’s simple and free app can be used to buy and sell Bitcoin, Ethereum, Litecoin, and Bitcoin Cash.

In late May, the Washington Post reported that the app had grown its user base to more than 20 million people–almost as many users as are on Fidelity, and twice as many as Charles Schwab.

The company has grown much more in than its user base. Coinbase has opened new offices in Chicago and announced that it would be opening new offices in Japan, Portland, and New York. A blog post published by Coinbase on May 18 said that within the previous 90 days, the company had “increased [its] support team by over 150 percent.”

Additionally, Coinbase has taken major steps to expand its products and services for institutional investors this year, with the addition of Coinbase Custody, Coinbase Ventures, Coinbase Asset Management, and an index fund.

The company has also hired a number of new C-level executives this year–many of them snagged from Wall Street. Notably, a number of them have been women, a fact that stands in stark contrast to a largely male-dominated industry. Coinbase also placed on the list of the Bay Area’s best places to work.

Unlike the “move fast and break things” approach that Facebook CEO Mark Zuckerberg has taken to commandeering his platform, Coinbase CEO Brian Armstrong seems to have taken a more deliberate approach toward moving the company forward, with a focus on building a healthy corporate culture.

“Focusing on people is arguably the highest leverage activity to spend time on as CEO, since great people build great products, which leads to great profits (in that order),” he wrote in a February Medium post.

Armstrong hopes that the company will become the “Google of crypto,” and the platform is certainly making moves in that direction. Throughout this year, the company has secured a number of acquisitions that have provided it with a number of new legal privileges.

In early June, Coinbase acquired Keystone Capital with the ambition to become a fully SEC-regulated broker-dealer. “If approved, Coinbase will soon be capable of offering blockchain-based securities, under the oversight of the US Securities and Exchange Commission (SEC) and the Financial Industry Regulatory Authority (FINRA),” said Coinbase President and Chief Operating Officer Asiff Hirji in a company statement. “This step forward is being made possible by our acquisition of a broker-dealer license.”

Coinbase has also acquired Paradex, “a relay platform that will allow our customers to trade hundreds of tokens directly from their wallets,” and Earn.com, a platform that allows its users to earn crypto for answering emails and completing simple internet-based tasks.

In late June, Facebook announced that it would be easing a ban that it placed on cryptocurrency advertisements that it originally placed in January.

Coinbase Was the First Crypto Company Allowed Back on Facebook

Then, earlier this week, Coinbase CEO Brian Armstrong tweeted that his company would be the first company to have its advertisements displayed by the social media giant.

Facebook banned ads for crypto earlier this year. Proud to say we’ve now been whitelisted and are back introducing more people to an open financial system ? pic.twitter.com/JqF5ssAqqh

While Coinbase’s return to Facebook was a simple piece of happy news for the company, the move has led to speculation that Facebook may be planning something big in the crypto space–and that Coinbase will be a part of it.

Rumors that Facebook may be interested in buying Coinbase originally emerged in an Economist report in early June: “the lack of an incumbent giant is one reason why there is so much investor enthusiasm for crypto-currencies and for synthetic biology today.”

In other words, Facebook may see an opportunity to use Coinbase as a pathway to the crypto throne. After all, the acquisition could certainly add to Facebook’s utility and overall value and may assuage some long-term concerns over losing younger users.

There are already some connections between the two firms. Facebook announced the launch of a blockchain group last month that will explore applications of the technology on the platform. Leading this group is none other than David Marcus, who (in addition to being the former head of Facebook Messenger) is a Coinbase Board Member.

In a promotional video published earlier this year, Armstrong stated the company’s goal of eventually “[reaching] a billion people in the world who are using digital currency on a daily basis.” Facebook reported 2.19 billion monthly active users in the first quarter of 2018.

If Facebook were to, say, launch its own cryptocurrency and use Coinbase’s infrastructure to distribute and manage it, the two companies could take serious advantage of the new class of crypto users and investors that would inevitably come. 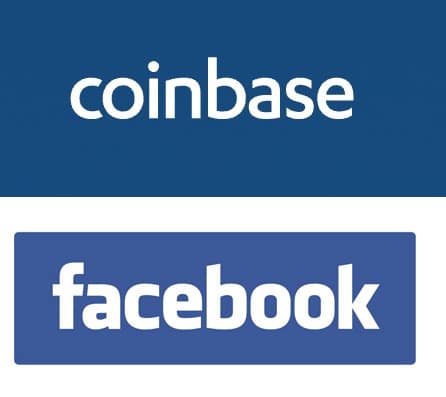 Executives from neither Facebook nor Coinbase have confirmed or denied any rumors of an acquisition. However, Facebook CEO Mark Zuckerberg has acknowledged his interest in using blockchain technology on the platform in the past.

“With the rise of a small number of big tech companies… many people now believe technology only centralises power rather than decentralises it,” he wrote in a post in January. “There are important counter-trends to this – like encryption and cryptocurrency – that take power from centralised systems and put it back into people’s hands.”

“I’m interested to go deeper and study the positive and negative aspects of these technologies, and how best to use them in our services,” he wrote.

Indeed, the acquisition of Coinbase could bring a massive addition in valuation to Facebook and vice versa.

Coinbase’s “Midas touch” has been noted in the past, at least in the crypto space. News that a certain coin will be listed on the platform–or mere rumors of such news–often cause significant spikes in value.

In mid-June, the price of Ethereum Classic spiked 25 percent following news that the coin would be listed on Coinbase sometime in “the coming months.” 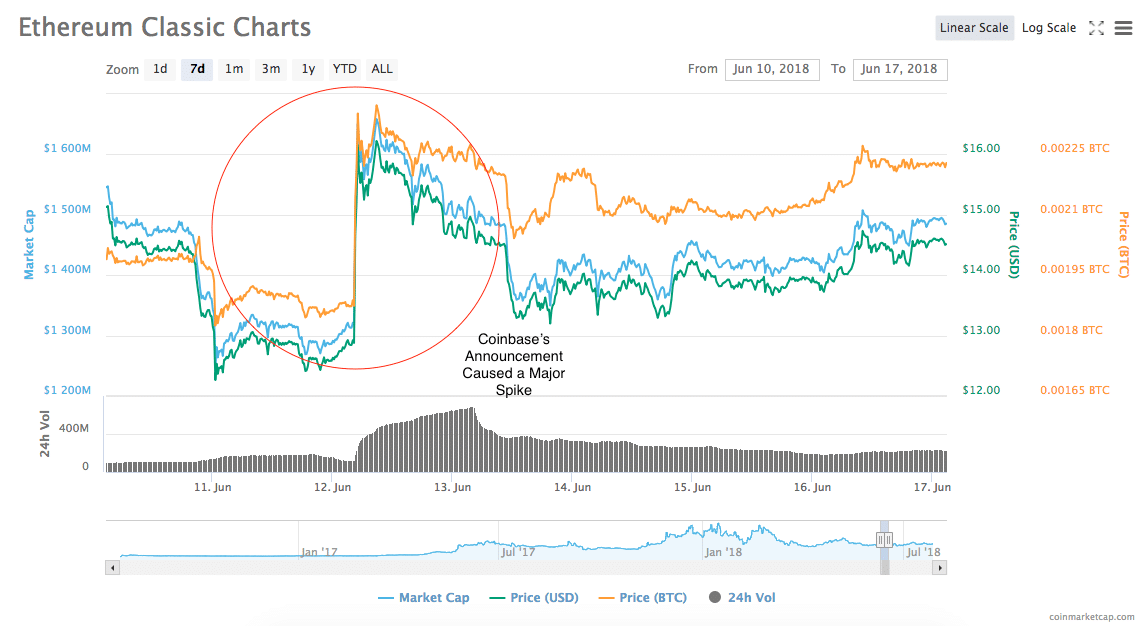 Rumors that XRP (Ripple’s cryptocurrency) would be added to Coinbase have also caused the coin to spike in the past. Similarly, Coinbase’s announcement last week that it was exploring adding Cardano, Basic Attention Token, Stellar Lumens, Zcash, and 0x caused rises in valuation.

Not All Sunshine and Roses for Coinbase

Despite Coinbase’s positive forward motion over the past year, the company has still faced some significant struggles in the way of customer service.

The company has since significantly increased its customer support staff and resources and has taken steps to make its identity verification process more efficient, but customer service woes still haunt Coinbase. More than 1,300 reviews on TrustPilot have left the company with hundreds of complaints and an overall rating of 1.16/10. However, it should be noted Coinbase regularly responds to each and every complaint that is placed on the site.

Rumors of insider trading also hit the company surrounding its addition of Bitcoin Cash. Coinbase temporarily shut down BCH trading on its platform, but the company ultimately declared the accusations to be false.

Despite its troubles, however, Coinbase continues to press on as one of the most significant names in the industry. No matter what direction Coinbase’s future will take, this is a company to keep an eye on.