The purpose of the event is to promote Ethereum development in Israel.

Following the opening speeches by company executives and a product pitch competition came two presentations from native applications. This section of the event was called ‘blockchain for social impact’.

Vanessa Grellet, executive director of ConsenSys, introduced this section. She said: “What is not social impact when you’re working in the blockchain space?” She used as an example the thousands of Holocaust survivors that live in poverty – she said that blockchain technology can help this situation.

The first talk was about advanced Ethereum analytics, delivered by Christian Crowley of Alethio. Alethio is a company that offers Etherium analytics.

According to Crowley, more than 700 tokens were launched on the Ethereum network in 2017, and more than 1090 dApps are either live or in development. Approximately 100,000 new users join the network daily, and around one million transactions are processed per day. As of now, there are 29.2 million unique Ethereum addresses.

He said that the platform captures block data in real time and presents the information on user-friendly dashboards.

He concluded by playing a demo of the product. 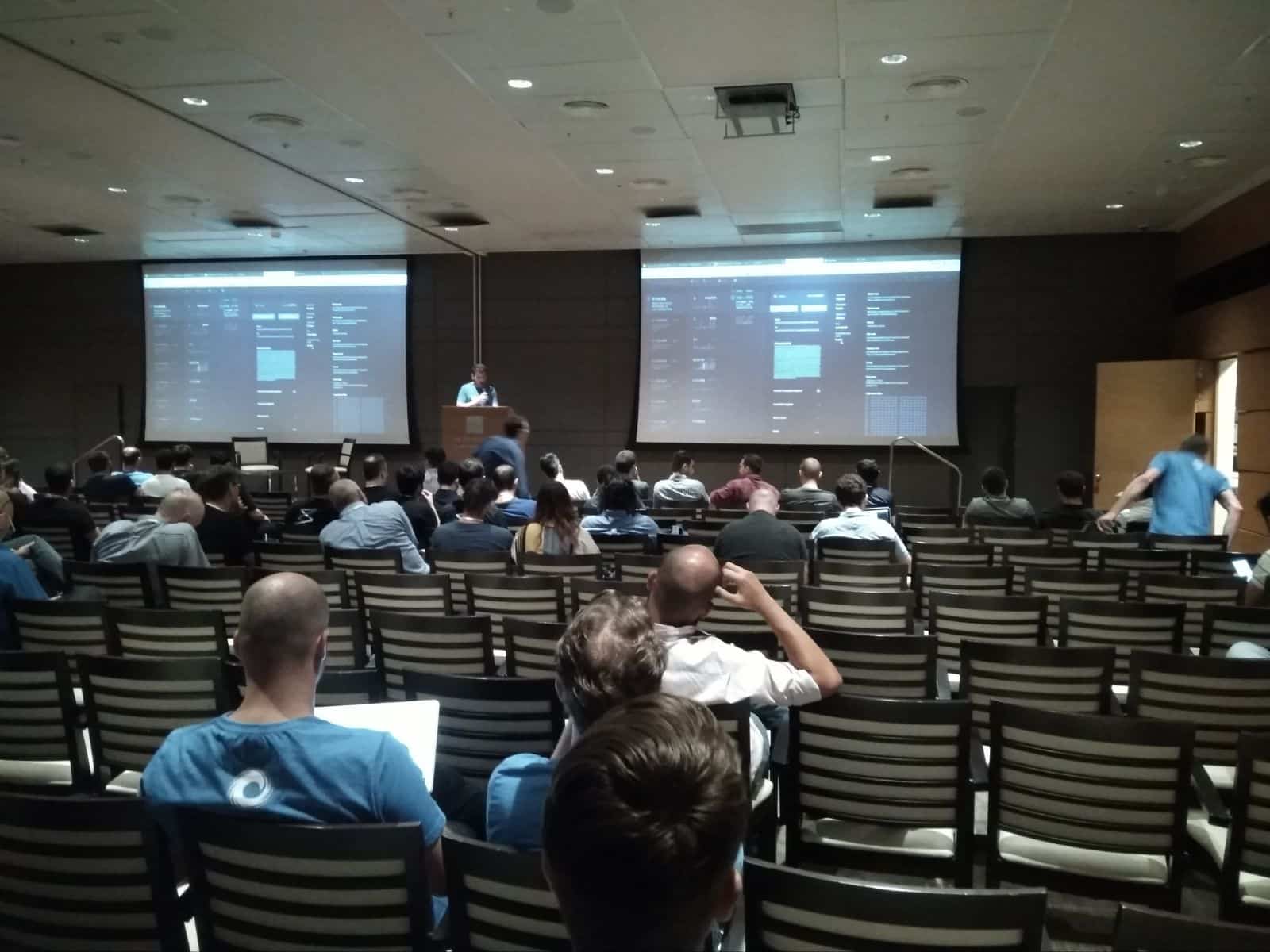 A product pitch from Infura followed this. Infura provides RPC (remote) access to Ethereum applications. dApps like uPort and Cryptokitties use the Infura interface to connect to Ethereum.

According to Eleazar Galano, Infura has 24,000 registered users making 8 billion requests a day – which totals two petabytes of data transferred a month. 7 million ETH was relayed in 2017.

Galano went over some use cases of the system, including a project that allows rapid prototyping with small teams and a music management platform.

He concluded by explaining how the programme is used and invited people to sign up.

ConsenSys is a New York-based blockchain outfit that was established in 2015 by Joseph Lubin, who also co-founded Ethereum. It develops applications on the Ethereum blockchain. Examples include the BTC Relay, which allows people to verify Bitcoin transactions on Ethereum, and uPort, an Ethereum blockchain-based identity management system developed with Microsoft to combat human rights abuses.

It employs around 450 people and has offices in New York, San Francisco, Toronto, Dubai, Singapore, and Brisbane. In November 2017 it hired Ed Budd, a twenty-year veteran of Deutsche Bank, to run its UK branch.