Tel-Aviv-based startup Synereo announced today its first ‘attention economy toolkit’ component. Qrator is an app for users to monetize original content and get rewarded for sharing and finding content on the web. It will be released as beta in June.

According to Synereo, Qrator’s first onramp from the existing internet is a browser extension that follows the user while browsing through content hosting platforms such as YouTube, Soundcloud and the like, and enables them to ‘amplify’ content pieces such as videos, music clips or articles, using AMPs – Synereo’s native cryptocurrency.

‘Amplification’ in this respect means that the user has the ability to stake an amount of AMPs on a given piece of content, spread it through various social channels, and collect a dividend if the piece of content is liked or reposted. Alongside, the original creator of the content receives a share of every Amplification fee paid. 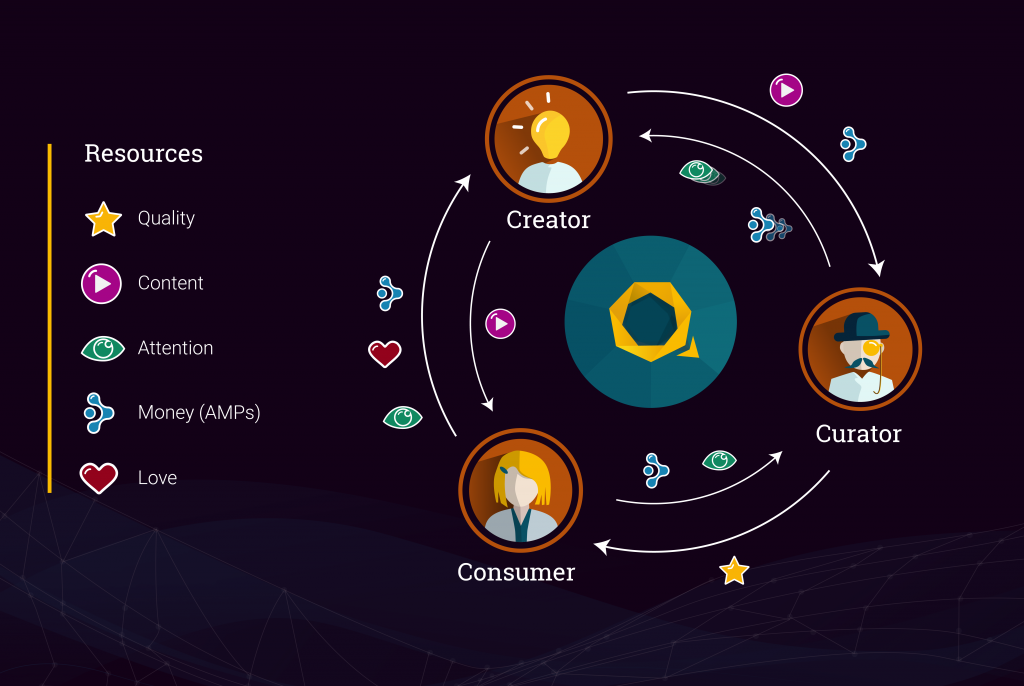 Users can monitor their statistics on the Qrator Dashboard and analyze the added value they’ve created in terms of reach and traffic, and understand how their curation activity affects their AMP dividends.

“Our main goal at this stage is giving users a taste of how a network in which they are compensated for content creation and curation feels like. Additionally, Qrator will allow us to build a cross-platform social graph and bootstrap network effects on top of existing services. With this information and user base, Synereo will be able to hit the ground running with its decentralized social networking app – already populated with users, their social environments, identities and histories – all securely stored on the blockchain, privately owned, accessible and controlled by them only,” said Dor Konforty, Synereo CEO.

After the closed beta release, Qrator will be connected to a decentralized Content Delivery Network, allowing users to directly upload content to a distributed hosting service, bypassing existing centralized networks such as YouTube entirely. With content hosted on the Synereo CDN, and user identities and social graphs being stored on a blockchain secured system, Synereo’s next step will be an independent social network with attention economy implementations.