Providing an innovative approach to portfolio management, InvestYourWay is one of a growing list of fintech startups using technology to offer improved financial services to retail investors. They have also shown their affinity and support for the overall alternative finance space as they partnered with CrowdCube to raise capital in an equity crowdfunding campaign. Continuing that trend, InvestYourWay announced that they have added bitcoin as an available asset class for building long-term investment portfolios.

Michael Newell, CEO of InvestYourWay, stated to Finance Magnates that the addition of bitcoin came as a result of the customer demand for it. He explained that their platform is set up so that customers choose their investment interests, such as types of sectors, regions and assets they want to invest in and their risk tolerance. They are also provided the ability to add individual asset types like UK property and gold, as well as make requests for additional investment types that aren’t listed. In relation to bitcoin, Newell commented, “Of requests for new products, bitcoin was requested time and time again,” which led to its addition.

Currently, InvestYourWay has an exclusive partnership with UK CFD and FX broker, IG Markets. As such, their bespoke portfolio management service is made available to IG account holders, as well as builds portfolios using CFDs available from the broker. Newell explained that IG created a new version of CFDs specifically for InvestYourWay that don’t allow leverage, and thereby exclude the margin fees usually associated with the trading instruments. Like other assets used for building portfolios, InvestYourWay uses IG’s CFD version of bitcoins that tracks its underlying price.

According to Newell, InvestYourWay believes that one of the innovations they are able to provide for retail investors is an easy way to purchase assets that are often difficult to acquire in the open markets. In this regard, he stated that “InvestYourWay allows users to buy bitcoins in a managed structure” that is part of their greater portfolio and limits the need of buying and storing them in a separate account or bitcoin wallet.

Due to its volatility, InvestYourWay is currently limiting investing in bitcoins to account holders that have higher levels of experience or have elected that they have a high risk tolerance. For those that do choose to invest in bitcoins, allocation is based on how it correlates to a user’s overall portfolio. Newell explained that bitcoins, like other ‘add-on’ securities, can account for up to 25% of an account holder’s portfolio, but this figure is typically lower. 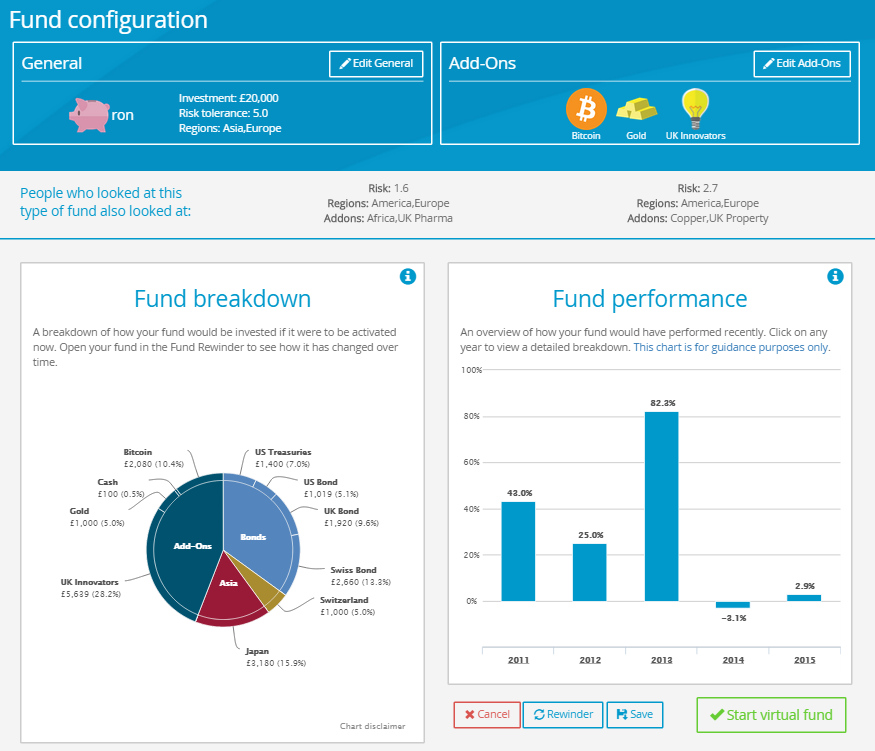