Over recent months, Bitcoin has increased substantially in popularity and is widely recognized as a genuine alternative to sovereign currency.

This has come about in part due to various economic failures around the world such as that of Cyprus in March, where two of the nation’s banks became insolvent and bailed in up to 60% of their depositors’ funds. During that period, Bitcoin values soared to unprecedented levels, reaching an astonishing 256.6 BTC to 1 USD at one point.

No doubt the rise in popularity among virtual peer to peer currencies in nations with stringent capital controls or weak economies as a means of circumventing the domestic system has been significant, and yesterday a major step was taken by senior members of Thailand’s Foreign Exchange Administration and Policy Department to rule Bitcoin illegal tender in Thailand.

This occurred during a conference held yesterday by the Bank of Thailand, in which an Executive Director of Thai virtual currency exchange Bitcoin Co. Ltd was invited to give a presentation about the workings of Bitcoin, the benefits of Bitcoin, a detailed insight into the company’s operations and his view of the future of the crypto currency.

At the conclusion of the conference, the government officials present advised that due to lack of existing applicable laws, capital controls and the fact that Bitcoin straddles multiple financial facets the following Bitcoin activities are illegal in Thailand:

This represents an outright prohibition on all activity involving Bitcoin as a method of payment and as a tradable financial instrument. Bitcoin Co. Ltd responded by suspending the trading of Bitcoin until further notice.

In the lead up to this, BitCoin Co. Ltd had been engaged in the process of registering with the various Thai government departments in order to operate in a lawful manner, including dialog with the Bank of Thailand, which is the nation’s financial markets regulator. 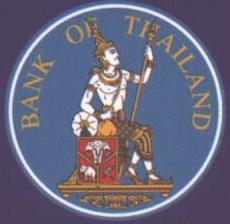 The initial response to this by the Bank of Thailand was to bypass the firm’s money exchange license as it considered Bitcoin not to be a currency, however as soon as it became recognized as a tradable currency with an actual value, the Bank of Thailand invited Bitcoin Co. Ltd to the aforementioned conference which took place yesterday to explain the ethos behind crypto currencies in detail. This resulted in the outright ban by the Thai authorities on all uses of Bitcoin among its citizens and in its jurisdiction.

Other nations such as Argentina have experienced dramatic increases in the usage of Bitcoin as a result of lack of confidence in the domestic system, plus strict capital controls imposed by governments which not only restrict the use of domestic currency and the use of foreign currency, but also pose risks to citizens of such nations due to extreme inflation and economic uncertainty.

In the case of Thailand’s outright ban, the Bank of Thailand yesterday advised Bitcoin Co. Ltd that it would review the situation but did not provide a timescale. The future, it seems, hangs in the balance.

A very interesting discussion of the ban is located on a popular Thai Expat forum: http://www.thaivisa.com/forum/topic/657170-bitcoins-banned-in-thailand/ . I would very much like to see a followup article if there are any more developments. I think seeing as places like Thailand and Malaysia receive a lot of ‘majors’ foreign currency exchange due to tourism and physical location within the SE Asian region, it would be interesting to see how BTC is implemented and traded in those regions specifically, Come to think of it, even Myanmar and Cambodia, as they currently use USD as their de-facto currency for exchange of goods. But… Read more »

Oh, I know that there are lots of industries that may be technically illegal but people still do it anyway; sex work being a very popular/cultural one. It is interesting to see that there are several other virtual currencies that have been around for years and Thailand has not spoken out against any of them. Why Bitcoin specifically? Thailand is fairly liberal when it comes to people handling their own financial affairs. Even at a bank, it is not uncommon to see a depositor or withdrawal of a small duffel bag worth of currency; neither the teller or the customers… Read more »

I think the best way for governments to fight Bitcoin is not to ban it. If they wish to stop it, or at least control it, some say they would need to shut the internet down, I think this is also not the way. What the governments will do is to buy BTC, all of what is available, and mine the rest. And I am convinced they have started already. They do it slowly to keep the price under control, but it still goes up more than it probably should at this stage. BTC enthusiasts, the Cyprus haircut and the… Read more »

@Dan, Hoarding bitcoins is pointless, because the denominations can be broken down into 0.0000001 or even smaller units if necessary. The value of BTC is based largely on what you can exchange it for. So if one person hoards bitcoin, then it will not be circulated, which would cause deflation of the BTC as a currency. You can never “run out” of bitcoins this way when you can drag the decimal point out as far as needed. Even if you only had 1 BTC total in circulation, you can make small enough decimal units to continue the circulation. BTC was… Read more »

That’s not my point.
What I meant is that I believe that in this case the interest for BTC will have fade long before since for everyone it’s much more interesting to sell the BTC than to use it to buy stuff.
Should it get to the point where you buy a house for 0.000000001BTC, imagine the power of a state who did what I wrote above and owns say 3M BTC…
It’s just insane.

@Dan, Fortunately, bitcoin does not require belief to be functional. The value of BTC is based on its usefulness to the other users. So if 1 person just gathered 99% of the bitcoins in circulation and sat on it (no spending), that 99% is pretty much worthless. the 1% that continues to be used is what will count for valuation, as the 1% can be divided up infinitely and spent among the users. This is natural inflation/deflation, based purely on market forces. BTC has intrinsic value in its ability to transparently and securely be moved from one wallet to the… Read more »

There are reports that suggest that the original report of bitcoin being banned in Thailand isnt entirely true. Can you get an answer or comment from a thai Ministry of Finance or Bank of Thailand official?

here is another article that BTC is not technically illegal in Thailand: https://btcglobal.net/blog/post/bitcoin-is-not-illegal-in-thailand

But it is interesting that the opinion of an official can still have a temporary de-facto effect of temporarily suspending operations. Similar to the visa situation when a new visa law is passed, or [even more common] different consulates/embassy’s interpreting the law differently, or even making up their own rule as to which visas they will/will not issue or what is considered “acceptable” documentation to meet a requirement.