The Financial Futures Association of Japan (FFAJ) has released its over-the-counter (OTC) binary options figures for the month ending January 2017, showing a strong position which builds on the last couple of months’ momentum, while increasing over a MoM interval, according to an FFAJ report.

The latest tranche of monthly statistics show that at the start of 2017 Japanese binary options maintained the strong trading volumes of late 2016 but January 2017 also continued an up and down trend at the FFAJ for its binary options volumes. November 2016 proved to be one of the most volatile trading months of the year, which featured the US election and its surprise outcome. December 2016 sustained trading at a lower level with markets winding down for the year-end. 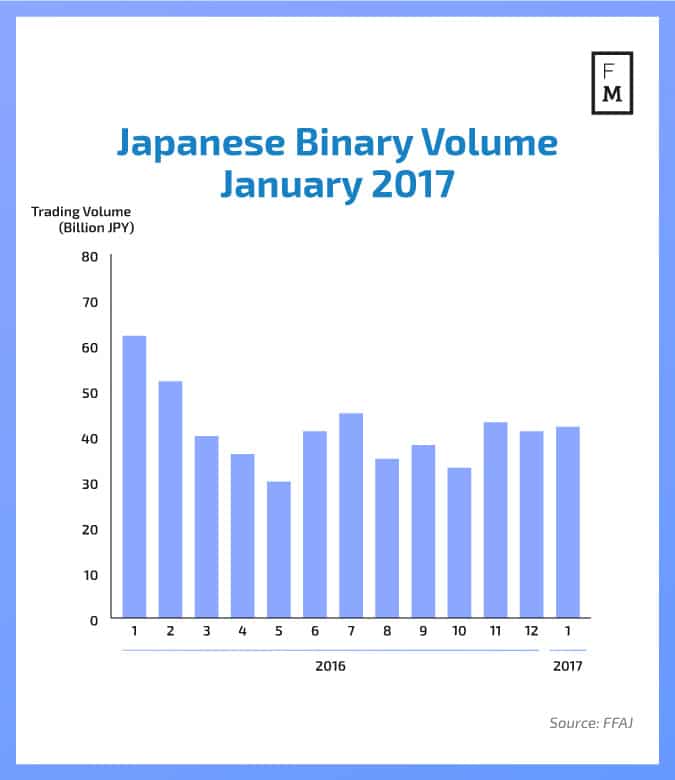