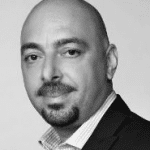 For the past few days, a growing number of articles concerning the binary options and forex industry have been published all over the press, stating their views on a little-known market.

Indeed, the Minister of Finance of Public Accounts Michel Sapin submitted to the French National Assembly and Senate the draft bill on transparency, anti-corruption and economic modernization. Article 28 aims to prohibit all promotional communication of financial activities that are considered to be risky. However, such a prohibition is highly likely to entail indirect adverse consequences as well.

First of all, many articles in the press tend to paint everybody with the same brush, namely companies engaged in unlawful activity without any legal authorization, and other duly licensed investment companies that are for their part authorized by the French Autorité des Marchés Financiers (AMF) to operate on French territory.

The prohibition on advertisement by regulated companies envisaged by the law SAPIN 2 will most certainly have devastating effects on these markets. In point of fact, these ghost companies being out of the AMF’s legal scope, fraudulent websites will continue to illegally proliferate, communicate and prosper on the internet. Investors will inevitably come across these ghost companies, who will in turn still manage to get away with scamming them with complete impunity.

These fraudulent entities are therefore the ones against which government authorities (the Minister of Finance of Public Accounts, the AMF as well as the French Department of Competition, Consumer Affairs and Fraud Prevention) should be deploying their repressive legal and regulatory arsenal, so as to protect investors precisely from hundreds of websites that cannot be otherwise defined than as scams.

Government mobilization should include firm intervention with the banking institutions that agree to collaborate with these illegal entities, making them therefore a cornerstone in the operation of such scams. Nevertheless, it seems that the concerned public authorities refuse to adopt appropriate binding measures that would impose genuine discipline on financial institutions. Moreover, regulatory authorities practically never apply adequate sanctions in the numerous cases of financial crimes committed by banks despite the extent of the damage caused to investors.

The blacklist published and regularly updated by the AMF (accessible at www.forexlistenoire.fr) lists all the companies that have been officially declared as operating in violation of the current applicable regulations in European financial markets and offering financial services without any legal authorization.

The bill was drafted in such a manner that at this stage, it could have very serious repercussions on a market of high demand; regulated companies would be the first to suffer the consequences, to the advantage of these illegal companies.

It is essential that all honest, regulated and authorized binary options companies make it a point of honor to always abide by all European directives relating to investment or ancillary service provision. It is no coincidence that such companies have to this day never been sanctioned by their regulatory authorities.

Quote “It is essential that all honest, regulated and authorized binary options companies make it a point of honor to always abide by all European directives relating to investment or ancillary service provision. It is no coincidence that such companies have to this day never been sanctioned by their regulatory authorities.

The AMF should also be going after those technology providers that provide the platforms that the scammers operate, especially those that operate on a rev share deal.

Want to Get a Hold on Binary Options Fraud? Go After the Banks
wpDiscuz