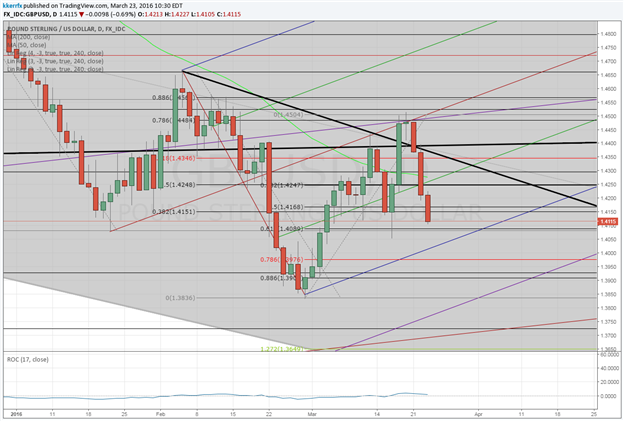 I write an exclusive weekly for our Private Client Group called Market Morsels. In it, I try to make sense of the weekly news cycle. One of the points I have made there over the past few weeks was that the markets were underpricing the risk of the Brexit referendum because of recency bias (due to the overhype of the Scottish referendum). I have likened it to Hurricane Sandy. I know it is a bit simplistic, but I believe the severity of the storm caught many people off guard and unprepared precisely because the prior year a storm was overhyped and ended up being very mild. Did the markets do the same thing with Brexit after Scotland?

My big fear heading into the Brexit referendum (because of my thinking that it was underpriced) was/is that there would be some sort of catalyst (as if we may have gotten yesterday) that would tip the scales. It is still too early to tell if it is a major turning point, but the fact of the matter is that odds have shifted. The latest ICM poll shows the leave campaign at 43% and the in campaign at 41%. A well-known Irish bookmaker tightened up the odds to 13/8 from 2/1 on Monday. Three-month implied vol (which covers the referendum) traded at over 20% this morning, the biggest one-day move in over 14 years. GBP/USD predictably has not fared well either. The near-term cyclical picture in GBP/USD and most European currencies for that matter is not the clearest. I have generally been trying to give the benefit of the doubt to the downside in Cable given the lack of positive behavioral change, but I really would need to see the 1.4000 region convincingly broken to help confirm the start of a broader downside resumption and the end of this consolidation phase.