The new Alpha 0.3 release is definitely the biggest proudest achievement for ETHLend in the whole development process of the decentralized lending application since the start of the project back in early 2017.

With the Alpha 0.3 release, ETHLend is launching a completely new user interface which is a responsive template for desktop, mobile and tablet users with the use of dApp browsers such as Cipher or Toshi. Within the new user interface, we are aiming to lower the learning curve of the user experience on the dapp and provide a more straight-lined solution for placing and funding loans and to monitor the collateral values of the tokens. 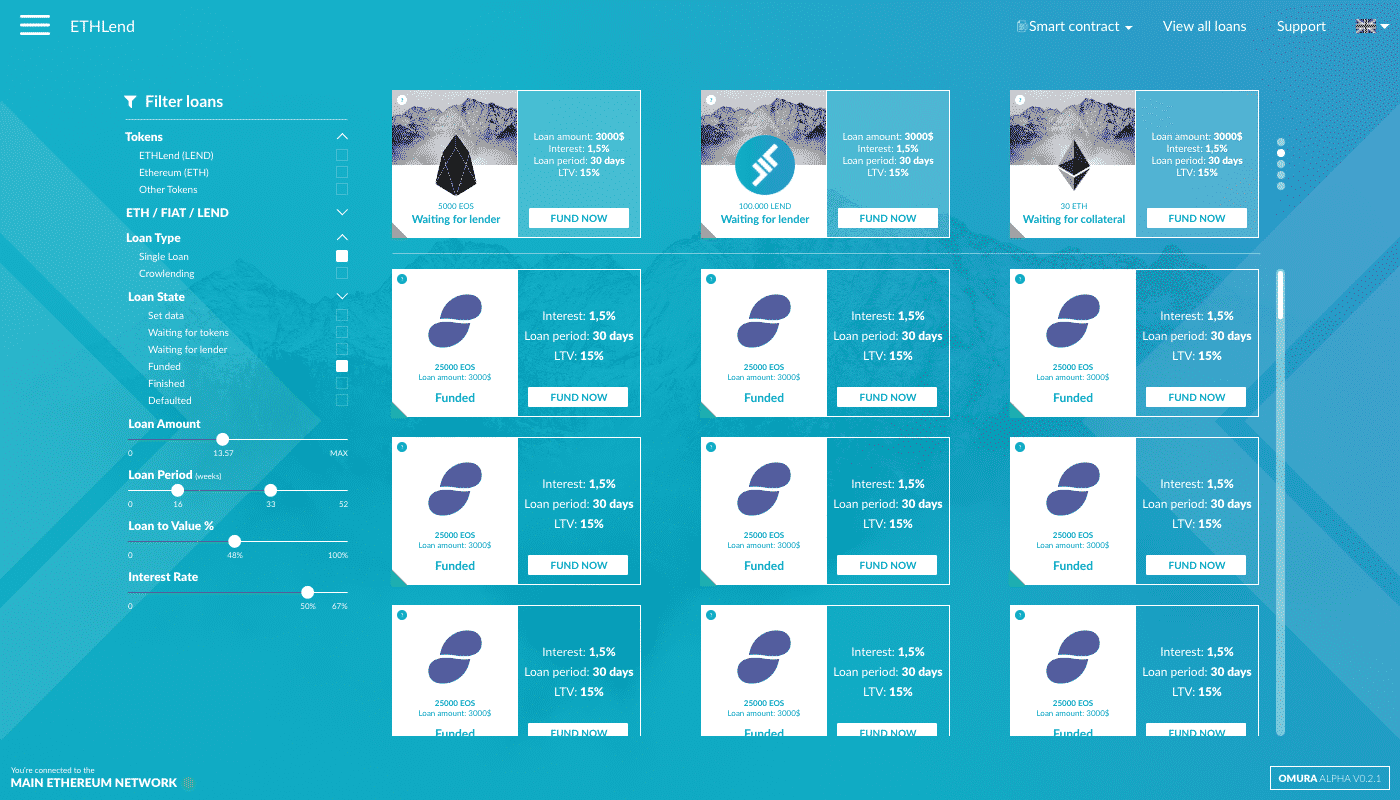 Furthermore, the new user interface has a section for my loans, where there is an additional section for the Decentralized Credit Rating (DCR) feature we are adding during the Alpha 0.3 release. The DCR feature will be extended for a more gamified experience, with the use of collectible badges. 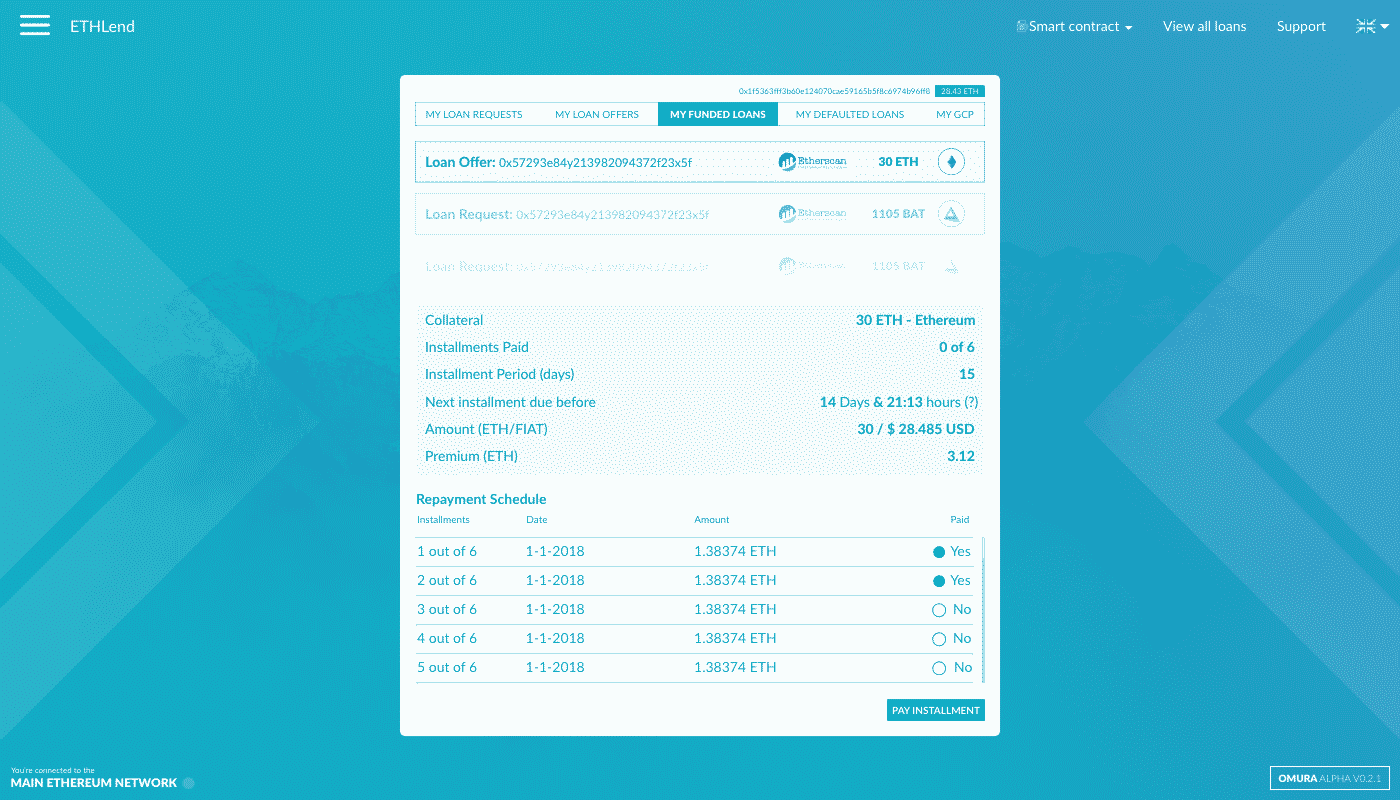 The ETHLend team is also busy building new and exciting features for the smart contracts. The group’s team listened to the community during the last couple of months and we have decided to provide zero-fee lending with the use of LEND token as a medium of exchange, as an alternative to borrowing in Ethereum.

The rationale behind LEND as the medium for lending is to provide eventually a cross-blockchain lending currency (once atomic swaps and BTC-Relay related functions are available in other chains as well). This groundbreaking change would mean that borrowers can unlock liquidity and lenders profit without any fee charges from ETHLend.

In other words, our early adopters are incentivized to use LEND as the medium of exchange. By using LEND as the medium, borrowers are able to tap into the 80–120 Billion market cap of Ethereum pledging. Currently, Ethereum is the most popular cryptocurrency/token on the Ethereum network and by itself outruns the over +130 tokens that ETHLend currently accepts as tokens on the applications.

For the first time in decentralized history, borrowers are able to unlock the liquidity from Ethereum.

Furthermore, the most expected function for the borrowers is the upcoming collateral refilling option that we are currently finalizing. Practically, when the collateral value drops to 120 percent of the outstanding loan amount including the premium, the loan request will change in color (and in the future notifications with emails and sms are added).

New Milestones are going to change the lending of the future

The power of the crowd. ETHLend is working both day and night from Chiasso, Switzerland and then there is our international teams who are working around the world to complete the new milestones of Q1. The most anticipated milestone seems to be the crowdlending feature.

During the Omura release, we noticed that some of the loan amounts were incredible in quantity ranging up to over 160 Ethereum. By creating the ability for multiple lenders to fund a loan request, the lending volume will surge and the risk of the loan default is mitigated between all the lenders.

Furthermore, ETHLend is deploying the Alpha 0.3 version milestone of lender side loan offers (on-demand lending). On-demand lending means that instead of the borrowers placing the loan requests, the lender can place own request, set the terms (loan period, accepted tokens, required LTV, premium offered and total loan provided). Borrowers can borrow by merely sending the tokens to the loan request and receive liquidity from the smart contact.

In other words, borrowers do not need to wait more than a few seconds to be able to borrow from the lenders.

During the end of Q1, ETHLend will launch a testnet version of the new milestones and user interface. In relation of the testnet release, ETHLend will announce a bug bounty campaign for our early adopters, which will be rewarded in LEND, which ETHLend purchases from the exchanges.

Upon ending of the bug bounty, ETHLend will launch Alpha 0.3 on the main Ethereum network and provide the details on how to access old loan requests that have been initiated on Alphas 0.2.0 and 0.2.1 (Omura). To participate in the bug bounty, stay tuned and follow our blog posts on Medium.

Disclaimer: The content of this article was provided by the company, and does not represent the opinions of Finance Magnates. Finance Magnates does not endorse and is not liable for any content presented on this page.