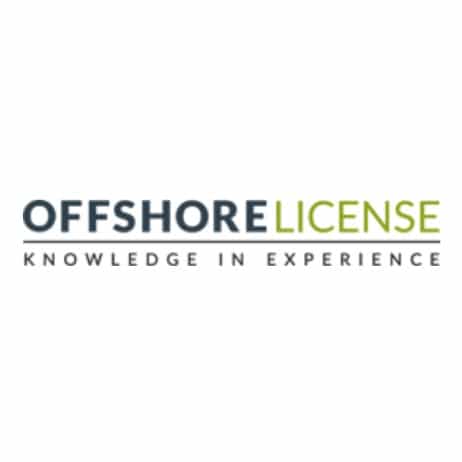 A currency increasing in value in 200% in about four months and becoming more and more attractive to investors worldwide – regardless of the size and structure of the country’s economy, for any government in the world this scenario could be hardly achievable. However, not for cryptocurrencies.

On June 12, several exchanges including Coinbase and Bitfinex registered a 200% rise in Bitcoin price that hit an all-time high of $2,983,55, according to BNC Index. The combined market cap of all cryptocurrencies, including also Litecoin, Ethereum and Ripple, reached $100 billion for the first time in history and is still projected to grow.

Full anonymity of blockchain operations along with rapid increase in value to fiat currencies can be a powerful economic tool for those national and supra-national authorities, which first learn to efficiently regulate cryptocurrency and offer secure conditions for retail investors. Introducing efficient worldwide regulation for cryptocurrency will definitely take time and effort, since there is still much debate on how to turn the first viable decentralized and most democratic form of digital cash in reliable tool for investors – but you know that in the end it is worth it.

Now Japan has recovered trust in digital currency and become one of the largest centres of bitcoin trading, since it became a fully legal currency: JFSA (Financial Services Agency of Japan) issues licenses for digital currency exchange and its biggest retailers are already accepting payments in cryptocurrency. According to Bitlegal, Japanese regulatory authority has also signed fintech cooperation agreements with Singapore and UK financial regulatory bodies to facilitate the process of entry to digital currency market.

So, what do you exactly have to do to enter Japanese cryptocurrency exchange market? ‘Any company willing to provide a digital currency exchange in Japan needs a minimum capital of 10 million yen ($90,809), government registration, sufficient level of IT defense against theft and loss, has to provide information on trading address, registration and fees, KYC (Know-Your-Client) protocols, as well as to have accordingly qualified director and head of AML division’, explained Julian Kramer, CEO of OFFSHORELICENSE.

‘It may sound not that easy, but it pays off eventually. FX margin trading in Japan is around $10 trillion per quarter and even a little part of that converted in cryptocurrency is a very desirable prize. We are lucky enough to have experience in Asian markets, so we already started offering assistance to customers in obtaining crypto licenses in Japan. I really believe, that those, who catch the moment with digital currencies today, will definitely enjoy great profits tomorrow’.

While Japan is already well ahead with bitcoin regulations, other countries are still halfway in this direction. According to the report of Asia Securities Industry and Financial Markets Associations (ASIFMA), governments across the Asian region have launched numerous initiatives to attract, at least, a part of $100 billion global fintech investments, but due to the lack of adequate regulatory framework, along with Hong Kong and Singapore historical rivalry, they are still losing the competition.

For instance, in Hong Kong one can obtain a money exchange license and run a cryptocurrency exchange, but that would be the same license as of an online retailer. In Singapore, the central bank proposed to regulate cryptocurrency exchangers as payment firms. This lack of adequate regulation makes fintech companies of these countries by far less competitive on international markets, as well as makes their markets less attractive to foreign investors.

Surprisingly enough, the world’s biggest economy is also struggling with bitcoin regulation. In 2015, the US defined bitcoin as a commodity, which could be regulated by the Commodity Exchange Act (CEA), but the Security Exchange Commission (SEC) refused to consider it as a security.

The world’s biggest economy is also struggling with bitcoin regulation

Trying to cope with this challenge, the New York State Department of Financial Services (NYSDFS) introduced a business license for cryptocurrency activities (BitLicense) already in 2015, but due to the lack of clear definition of virtual currency it led to a so-called ‘Great Bitcoin Exodus’ (The New York Business Journal), when at least ten bitcoin companies stopped their business in NY.

For the time being, only three cryptocurrency companies were awarded BitLicenses, while other multiple applicants were denied. According to Bitcoin magazine, there still is neither political consensus in the US concerning digital currency business, nor enough encouragement by federal banking regulators to banks to run business with digital currency and fintech startups. Some states, like Delaware, cautiously familiarize themselves with the idea of blockchain by suggesting distributed ledger share registers, but there still is a way to go.

Along with the mentioned above countries, the European Parliament and Russia has also announced the plans to proceed with blockchain regulation, but no clear plans have been laid out so far. Generally, the key questions that are still to be answered are what exactly to regulate, the blockchain codes, or the use of these codes, how to secure ICOs (Initial Coin Offerings) for the investors, how to tax digital currency activities and how to prevent financing of terrorism and organized crime.

Such developments are a clear signal that the business is ready to work on additional regulation and transparency for digital currency, so this is a good time for the governments to back up these initiatives with efficient regulatory framework. And now it is up to investors to decide whether to wait for the digital currency developments in their countries or buy a ticket and go to Japan.