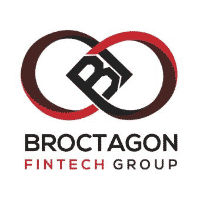 Broctagon Group, a leading fintech business development, liquidity and technology provider, has begun offering a new exciting range of crypto products. The expanded suite of crypto products includes the most popular instruments available on the market, such as Bitcoin, Litecoin, and Ethereum.

These digital currencies, traditionally paired only with the USD, will be offered with the Euro (EUR), and Japanese Yen (JPY) as well. This expanded offering and shift towards a more diversified suite is the result of the increased volume of crypto trading worldwide. Broctagon has strategically pivoted its offering to help capitalize on this boom with its new product offerings, having recently expanded its crypto capabilities last month as well.

Indeed, cryptocurrency is entering a phase of exponential growth and change as the rest of the industry begins to integrate them into financial markets. Despite some resistance by South Korea, China, and Russia, more governments of countries such as Denmark, Gibraltar and Japan are becoming more open to the cryptocurrency wave.

Recent statistics by CryptoCompare show that Japan has begun to take over the market with the largest volume in JPY, representing 57.81 percent of the total market – two times the volume in US dollars at 27.20 percent. In Q4, Bitcoin’s value alone has set numerous record highs for digital currency with a present value worth over $5,100. Just last month, a Bitcoin price call of $5,000 by the analyst, Ronnie Moas of Standpoint Research, has been considered indicative of a bullish market trend.

In an effort to adapt to the growing demand for digital currency, the Cyprus Securities and Exchange Commission (CySEC) has issued a circular last month allowing leveraged cryptocurrency trading of up to 5:1, where previous regulations have only typically allowed 1:1.

Broctagon, which is regulated by CySEC, has adopted this new directive and now offers leveraged cryptocurrency trading to their clients, a move that will result in a more ideal trading environment and thus greater trading volume.

In addition, Broctagon provides aggregated liquidity that connects its clients to tier-1 banking institutions, allowing it to establish its foothold as one of the industry’s leading providers of liquidity and brokerage solutions.