SimpleFX, a multi-asset brokerage and provider of FX, cryptos, and contracts-for-difference (CFDs) services, has launched a new upgrade to its affiliation toolset. The group’s affiliate panel had already been one of the most popular segments of its platform, which has now been expanded to include a range of new features and utilities.

At its core, the job of an affiliate platform such as the one provided by SimpleFX is to simplify the job of affiliates and offer them with the best product that they can have.

SimpleFX’s platform provides several benefits for affiliates across a retooled terminal and panel. On the SimpleFX site, the affiliate platform can be accessed by pressing the menu button, after which the individual needs to press view affiliate panel. At this point users can view the third-party software on the site: 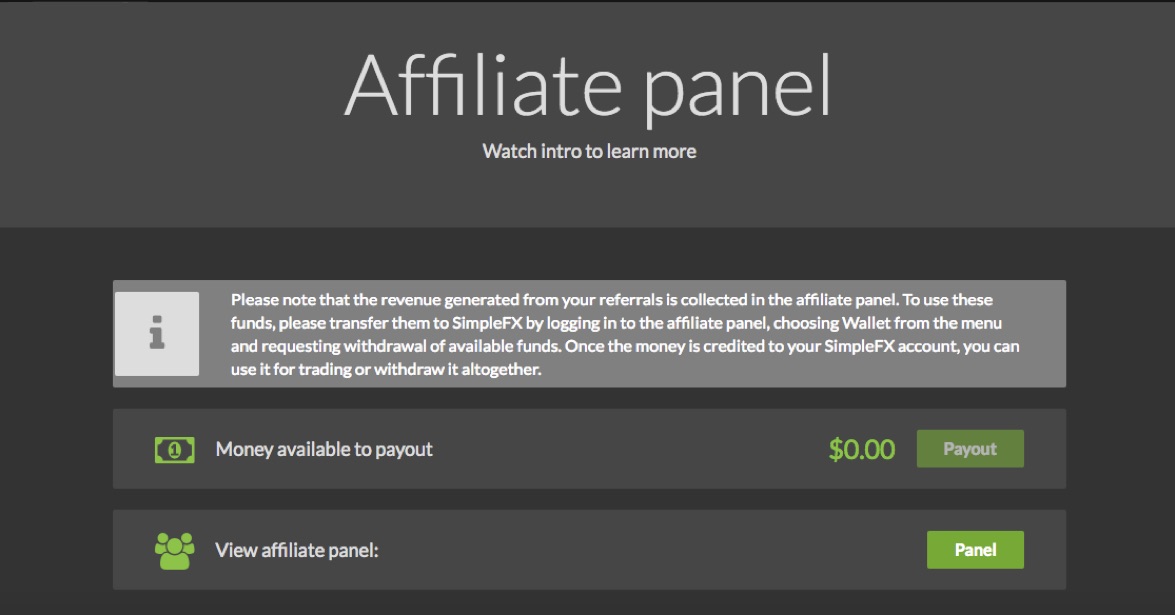 Of note, the software allows for more effective tracking of traffic, which both bring in profits and increases conversions. In this way, all useful data is provided in one comprehensive location, aggregating the most useful information for affiliates.

In addition, the software’s performance is amongst the best in the industry, which is renowned for its speed with statistics being updated in real time. A constantly updated interface ensures a lack of problems for users, while emphasizing the most relevant tracking information and traffic.

SimpleFX recognizes the need to cater to a wide range of clients, and its dedicated affiliate planel is no exception. Its software has been tuned to be crypto friendly, such that the user is able to choose how to convert USD affiliation revenue and withdraw it using Bitcoin, Bitcoin Cash, Ethereum, Dash, and Litecoin.

The conversion of results is handled by SimpleFX’s newly independent external partner: Unilink. SimpleFX also further provides a wide affiliate payout, where every single affiliate can receive up to 25.0 percent of trading which is spread from directly referred clients as well as 5.0 percent of the client’s revenue shares which is earned from traders that have referred directly. 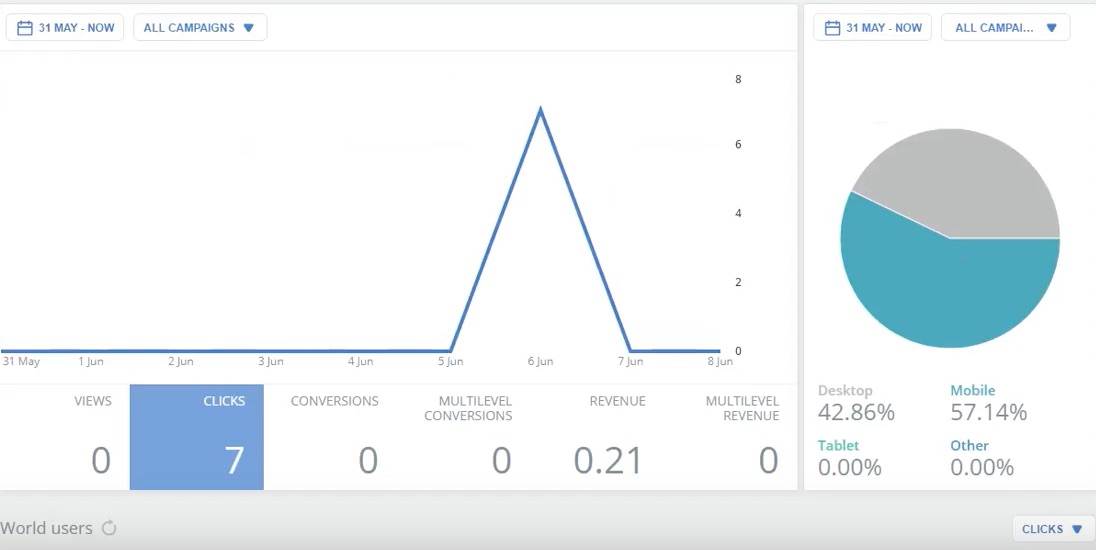 The other features that are provided include the wide array of banners, which include over 40 different banner sets with every set offering numerous sizes and languages. A dashboard overview also is provided in SimpleFX’s affiliate panel, with detailed graphs displaying relevant statistics. This includes views, clicks, conversions, revenue. The dashboard also provides an overview of devices which include desktop, mobile, and tablet amongst others. 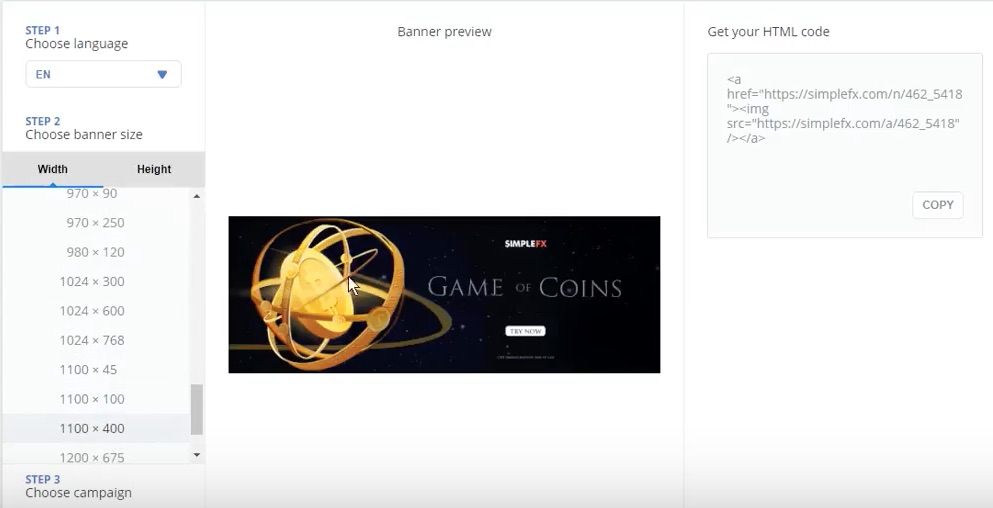 Furthermore, there are world user maps which are divided by clicks, views, conversions and revenues, as well as a campaign manager. All of these utilities are designed to allow the users to be able to effectively run their campaigns.

The platform is open to new suggestions for improvements which can be sent to partnership@simplefx.com