China’s industrial sector gave signs of stabilizing in May, but optimism was dampened as fixed asset investments slowed to their lowest levels since 2000. The Chinese economy for its part, which has been recovering from a sharp downturn in 2015, has seen its industrial sector wracked by overcapacity, high debt, and an increasingly unfriendly global trade environment.

While the world’s second largest economy has been working on shifting its growth focus from a production based model to one more centered around consumption, industry has still been an essential part of the economy for the past three decades.

Moreover, investment growth was greatly reduced as private enterprises cut back severely on spending, leaving state-owned companies to pick up the slack. The situation has led to a massive uptick in the central government’s debt levels, which have reached historic highs.

As China attempts to revive its weakened industrial sector, it must balance between continuing its free spending policies and allowing some larger companies to go under in order to keep a lid on debt levels.

China’s industrial output remained stable in May according to the National Bureau of Statistics. For the month, industrial production printed at 6.00%, the same level as April and slightly above analyst expectations of 5.90% expansion, though still below the 12-month peak of 6.90% growth recorded back in March.

The USDCNY has strengthened throughout the day, trending 0.39% higher to 6.5878

Production was buoyed by manufacturing, which improved by 7.20% for the month, and the energy and water sector, which expanded by 2.40%.

The readings come as a relief to Chinese officials, who have witnessed the industrial and manufacturing sectors struggle for the better part of the last 17-months amid slumping producers prices and global economic conditions that have been unfavorable for trade.

The retail sector also showed signs of regaining its footing, printing at 10.00% growth, slightly lower than April’s reading of 10.10%, but nevertheless the weakest reading since April of 2015.

Retail sales have struggled to take off in 2016, with the trend remaining to the downside over the last 5 years. The situation is increasingly concerning for the Chinese central government as it attempts to re-engineer the country’s economy to fit a more consumer-driven growth model.

While both sectors showed signs of stabilization, China’s economy received bad news to overshadow the mostly positive readings. Fixed asset investments for the first five months of the year have slowed to their lowest levels since the year 2000.

On the whole, investment in China decelerated to 9.60% growth year over year through the end of the first five months of 2016, a sharp decline from April’s reading of 10.50% expansion.

The downward action on investments was mainly the result of a strong turnaround in private investment in May, which grew by an incredibly moderate 3.90%. Privately owned companies in China have held off on spending as they see growing risks related to a drop-off in support from monetary and fiscal policies implemented by the Chinese government.

If the Fed raises rates, it could push the dollar higher, pressuring Chinese policymakers to devalue the Yuan

The state sector on the other hand posted a strong 23.20% expansion in fixed-asset investments, signaling the continuation of aggressive stimulus programs that have contributed to a massive spending spree in the first months of 2016.

The government has been attempting to rescue state-owned companies that have become “zombie corporations” due to crashing commodities prices and weakened trade.

The continued growth of state-sponsored investments has put the Chinese government in a difficult position. The politburo must walk a knife’s edge of continuing to provide fiscal stimulus to companies and industries that are at risk of a sharp correction such as the recently revived real estate sector.

The other, less palatable option for policymakers is allowing some of the larger companies to go under and risk destabilizing the wider economy.

Overall, the signs continue to point to further deceleration in the growth outlook for the second quarter, which is already projected to be lower than the first quarter’s 6.70% growth. The situation could be worsened by the FOMC’s upcoming policy meeting regarding a rate hike.

If the Federal Reserve raises rates, it could push the dollar higher, creating more pressure on Chinese policymakers to devalue the Yuan further to remain competitive in the export economy.

Markets in China, which have also been affected by the uncertainty surrounding a potential “Brexit”, saw a downturn on Monday, with the Shanghai Composite falling by -3.21% on the session.

The USDCNY pair has strengthened throughout the day, trending 0.39% higher to 6.5878 shortly after the news was released.

However, should the Federal Reserve signal a rate hike timeline in their upcoming “live” meeting, it could propel the dollar significantly higher, requiring a quick intervention in the Yuan that may add to ongoing pressure in the Shanghai Composite. 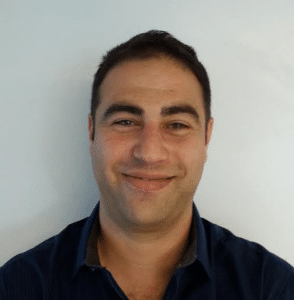 Share this article
Tags: china / fed
Got a news tip? Let Us Know