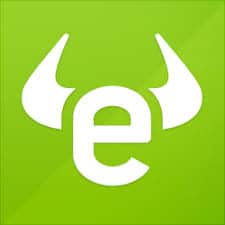 The stock market forecast for 2018, does not look the brightest as the world faces political uncertainty and stringent financial regulations which are constantly changing. However, this does not mean there are not some promising stocks that are worth having a look at, if you’re in the business of buying or selling stocks.

eToro presently boasts a detailed offering for clients, which includes thousands of cryptocurrencies, exchange-traded-funds (ETFs) and thousands of stocks. The group also recently expanded its real stocks to its existing offering, which builds on one of the most comprehensive options available on the market.

Regarding stocks to watch in 2018, here are the 5 options that we have picked to look out for over the course of the year:

Previously known as Priceline Group, this huge online travel company which includes Booking.com, seems to only be going up. Its strength in marketing and as well as investments in several successful ventures such as China Outbound, and Alternative Accommodations.

It seems that the group is now looking to go into the the market of local attractions, further broadening its horizons. The company has also been able to look towards a shift from performance based marketing towards brand based, given the fact that there is hardly anyone unaware of booking.com.

RBC Capital analyst, Mark Mahaney, predicts the price target at $2,500, which is far higher than the current consensus of $2,181.

The company has not had the best few years since peaking at $760 near the end of 2015. However, recent scandals in relation to food safety standards have hit the company hard, especially given its branding of “Food with Integrity”.

Its perception by consumers has been hit, with surveys saying its brand image is at the lowest its been. To top this of, UBS downgraded their shares in relation to the perception of the brand. Its new queso was also panned by its customers.

It seems that this company would be a terrible investment but for one aspect. Its CEO, Steve Ells stepped down in November, causing shares to rice 6 percent at the announcement. If the company builds itself up and fixes up certain aspects, its shares can only rise in the future.

Seeing as its shares tripled in value in 2017, it would seem somewhat illogical to think this feat can be repeated in 2018. The organic light emitting diode technology (OLED) behind the project however, is something to truly be optimistic about.

It has continued to be adopted by numerous companies all around the world, including Apple who utilized the tech in its Apple X last year. It is thought that Apple will utilize this technology in even more ways this year, as it continues to expand its technological scope.

Its revenues of the third quarter of last year increased by more than twofold and it has had to expand its operations on a dramatic level to cope with the increased demand for its technology.

Analysts predict that the corporation can see as much as 34 percent growth in the next year, with its share prices going up from $60 to over $70. Though ad revenues of networks such as CBS has gone down, the company is a major stronghold and it seems that there is plenty of room for it to go. On the website TipRanks, eight out of the nine ratings are recommending individuals to buy shares in this venture, so it seems now is the prime time to invest.

On the whole, the pharmaceutical industry is one that does not seems to be the greatest in terms of investment. Whilst others are embroiled in controversy however, Pfizer seems to be able to avoid the trouble quite easily. Being the largest drug manufacturer in the world certainly gives it an advantage, but its ability to stay free of controversy is also quite impressive.

It should be noted that this investment is not without risk, as any medically related investment would be. Drug prices are extremely unstable and regularly scrutinised by politicians. Pfizer’s earnings however, continue to grow so it can be a viable option.

Find out more information on how to trade stocks on eToro today.

Disclaimer: This information is not investment advice. Buy positions on stocks, cryptos, and ETFs without leverage are backed by the underlying assets. Short (sell) and copy positions are made available through CFDs. Your capital is at risk.