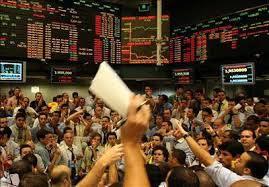 The performance of the world’s leading hedge funds followed a similar route as the benchmark stock index, the S&P 500, dropped 140% during September. One of the largest funds that suffered declines was John Paulson’s, Advantage Plus fund and his Advantage fund which both fell 10.6% and 8% respectively.

Negative figures continued across the sector, with the hedge fund performance tracked by research group Preqin falling 0.74%. Furthermore, the Lyxor Hedge Fund Index was down 0.7 per cent in September.

A similar mood was seen at a number of benchmarks tracked by investors, judging by the overall market sentiment; the MSCI World index was down 2.7%, while the Barclays Global Aggregate Bond index lost 2.8%. Global macro hedge funds delivered 1.5%, while the broader hedge fund universe was down 0.8%,

The performance of hedge funds are used as indicators by participants to assess the feasibility of the wider market.

On the other hand, hedge fund managers were pleased with the level of investments they received from investors in August, the hedge fund industry taking in $18.4 billion in August, the highest inflow in three months and a strong rebound from redemptions of $750 million in July, according to data provided by BarclayHedge and TrimTabs Investment Research.

September was full of market moving events, the month starting with Mr. Draghi and the ECB meeting before turning to the Fed’s by mid-month. Market participants have been cautiously viewing the growing economic and monetary policy divergence between the US and Eurozone, coupled with trends that saw recovery in the greenback and other major FX pairs. Equities and event-driven strategies suffered heavily in September due to the long line up of events during the month.