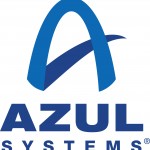 According to Quotix, the firm has partnered with Azul Systems to help them “eradicate Java garbage collection issues” and improve latency in their system. Shedding light on the reason they chose Zing, Daniil Volkov, quality assurance lead at Quotix, explained that the firm encountered system limits when operating stress tests. These system limits could lead to inconsistent trading executions in extreme market conditions. Daniil explained that there were two reasons for this, “The first one is a ‘warm-up’ problem when the JVM would stop to optimize some part of the code at runtime, therefore delaying the execution. The second problem is that the JVM would pause to clean up memory using its garbage collection process. Both problems are common for Java-based software.”

Daniil added that although their stress tests were tougher in terms of market data updates and orders compared to what they had experienced in production, they decided to select Zings technology to mitigate potential risks. Integrating the software, Zing is expected to solve the “warm up” problem as it supports large in-memory datasets without sacrificing performance, as well as improving latency.

Scott Sellers, CEO and President of Azul Systems, commented about the news, “Quotix handles tens of billions of dollars of transactions per day. Their business requires a Java runtime which can guarantee consistent real-time trade execution, even during peak trading periods and unexpected surges in volume. Only Zing delivers the high sustained throughput and consistent low-latency required to be competitive in today’s real-time trading markets.”

Evgeny Sorokin, CEO of Quotix added, “We implemented Azul’s Zing to armour the Quotix backend. Our tests demonstrated that our systems powered by Zing can comfortably handle sharp spikes in the load and deliver consistent trade execution. It was very interesting to see how our solutions behaved during the recent CHF Black Swan. We saw several thousands of orders per second on each aggregator that were processed with no delays whatsoever. This is a great example of why we chose Zing.”

Share this article
Tags: fxpro
Got a news tip? Let Us Know