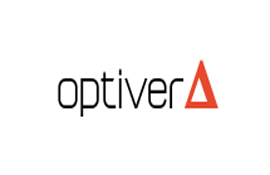 Australia’s main financial trading venue, the Australian Securities Exchange (ASX), will lose a major liquidity provider in its Options product range. As reported by Australian media, Optiver will cease trading on the ASX. The move is expected to impact the exchange’s derivatives offering.

The Dutch origin financial trading firm reported that it will halt its market-making offering on the exchange, the news was confirmed by a representative of the firm. Optiver has been a major contributor to ASX’s Exchange Traded Options (ETO) product range.

The news comes as a surprise to participants in the Australian financial landscape as Optiver had recently reported (on its website) that it was touring Australian and New Zealand-based education institutes sourcing new talent.

ETOs have seen a sharp decline in trading activity in Australia, ASX reported a 20% drop in volumes over the last twelve months in its annual report presentation. Global markets have been scarred by problems with the Russia-Ukraine conflict, coupled with the ongoing crisis in the Middle East.

Optiver has been a vocal player in the Australian derivatives space, the firm regularly responds to consultation’s issued by the state regulator in reference to ETOs. Optiver responded to an ASX respectively in May, earlier this year.

The firm commented and expressed its view on the exercise of cash-settled options. In the letter, the firm’s Senior Compliance Officer stated: “Automatic exercise of cash-settled options is the most efficient outcome for the market. It reduces risks associated with errors in exercise, and aligns with all international standards. The certainty of automatic exercise as the default position may provide increased confidence to market participants.”

Optiver follows Dutch rival, IMC Markets, which departed from the Australian markets in 2013.

Share this article
Tags: Asx
Got a news tip? Let Us Know