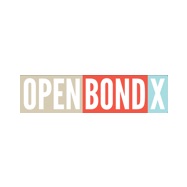 OpenBondX (OBX), an Alternative Trading System (ATS) upstart, unveiled plans to revamp its electronic bond trading in Q1 2015 with its new systems launch for both non-traditional and traditional providers.

The platform offers liquidity access via bond markets in the company’s first multi-tiered system. OBX’s ATS system targets both buy and sell-side participants, given the acute need for a platform that bridges institutional bond traders and natural liquidity suppliers in tandem.

At present, the landscape of corporate bond traders has changed due to shifting regulatory requirements and capital rules that has led to the mitigation of inventories by approximately 70% since 2008, according to GreySpark Partners’ estimates. The firm estimates that in 2014, buy-side firms held 96% to 99% of the U.S. corporate bond inventory in 2014.

According to OBX cofounder and CEO Alistair Brown in a recent statement on the platform, “every facet of OpenBondX and its technology have been built from the ground up to encourage providers to contribute liquidity and safely expose orders to the most aggressive pricing available, all under absolute anonymity.”

“By automating the bond markets as such and attracting liquidity from non-traditional providers, we believe our ATS will drive true two-way markets and significantly reduce trading costs,” he added.

The primary draw of OBX’s platform is its ambition to unlock fragmented liquidity, which aims to stymie information leakage and negative pricing issues that has become endemic in fixed income markets.

Helping to that end is a robust array of internal risk controls to aid market participants. As such, real-time utilities such as value-at-risk (VAR) validation on executed trades and open orders, aggregate value traded, duplicate order check and user access controls are afforded.

OBX has revealed a launch date for Q1 2015, with fully compatible trading for all US corporate bonds.

Share this article
Tags: ATS
Got a news tip? Let Us Know