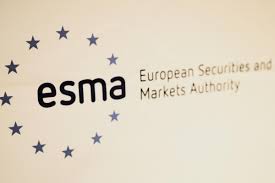 Policy makers in the EU have provided their feedback to the region’s financial markets authority, ESMA, in reference to rules governing the mandatory clearing of non-deliverable-forwards (NDFs). The contracts were discussed during a consultation paper with regulators deciding against clearing and giving the forex derivatives’ contract a much needed relief.

OTC transactions have been facing scrutiny from governments and financial regulators across the globe since the 2008 recession, with the G20 summit in 2009 dictating the future of over-the-counter financial markets. ESMA issued a note on its website outlining details of the feedback it received from participants. It states: “Based on the feedback received, ESMA is not proposing a clearing obligation on the NDF classes at this stage. ESMA believes that more time is needed to appropriately address the main concerns raised during the consultation.”

Non-deliverable forwards (NDFs) are defined as contracts for the difference between an exchange rate agreed months before and the actual spot rate at maturity. Trading is carried out offshore as it covers currencies that face convertibility restrictions in the open market. The most liquid NDFs include Far Eastern and Latin American currencies, with $1.5 billion in ADV across instruments.

NDFs allow traders to access restricted currencies. They are mainly used by corporates and institutional investors to mitigate risk, however with a recent surge in emerging market currency volatility, instruments such as the Indian rupee saw an uptake in activity in the offshore NDF market when the ruppee plunged 20% in 2013, with the bulk of trading taking place in London. According to the Bank of International Settlements last Triennial FX volumes survey, the total average daily trading volume in NDFs was $127 billion.

ESMA proposed the consultation in October last year and asked market participants to respond on a number of key questions. Among the various questions the regulator was using four characteristics to determine the NDF crosses, including the currency pair e.g. “Brazilian Dollar / U.S. Dollar”;  the settlement currency e.g. “USD”;  the settlement type i.e. “Cash settlement”;  the maturity.

ESMA was pleased with the responses it received, the feedback document adding: “In general the responses were supportive of the current proposal.”

However, the watchdog did receive important responses around the overall regulations of the instruments, adding: “Stakeholders justified their reservations towards mandatory clearing for NDF (or at least mandatory clearing under the proposed time-frame) for two main reasons, one being that the clearing offer for this asset class is still in its infancy, and the other one being linked to international convergence.”

ESMA’s steps follow its counterpart in the US where mandatory clearing for NDFs and FX Options was implemented under the Dodd-Frank Act, with a new trading venue, Swap Execution Facility, receiving esteem.

The rise in emerging market financial instruments, including equities, bonds and currencies will support the growth of NDFs as it gives investors and traders an opportunity to arbitrage the domestic futures & options market against the overseas NDF contracts.

Share this article
Tags: esma / ndf
Got a news tip? Let Us Know