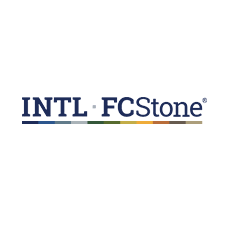 INTL FCStone Inc. has released is financial results for the first quarter ending December 31, 2014, characterized by a 22% YoY jump in operating revenue to $137.5 million from $112.9 million over the same period in 2013.

The release follows on the December publication of operating metrics, which saw a rise across its business divisions. The firm’s net income was up on a quarterly level, reaching $5.8 million, significantly higher than 2013 figures.

Moreover, OTC volume experienced a marginal growth of 2% YoY having yielded 290,200 contracts over the three previous months ending December 31, 2014 – this was weighed against a figure of 285,400 contracts in 2013.

According to Sean M. O’Connor, CEO of INTL FCStone Inc., in a recent statement on the metrics, “We are very pleased to report our second consecutive quarterly record in operating revenues as well as much stronger quarterly net earnings of $9.4mm or $0.49 per share representing an annualized ROE of nearly 11%.

Our largest segment, Commercial Hedging, had a very strong quarter with revenues up 50% and segment earnings up 106% versus a year ago and up 56% from the previous quarter. The Global Payments segment achieved a 65% increase in the number of payments, albeit with a lower average value per payment. With an increase in market volatility driving both an increase in customer volumes and spreads we continue to see an improving trend line in our results which should be enhanced with the addition of the GX Clarke business in the second quarter.”

Share this article
Tags: INTL-FC-Stone
Got a news tip? Let Us Know