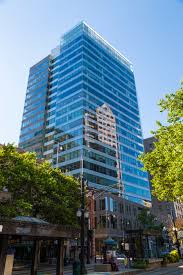 Hedge funds ended 2014 on a low according to research carried out by BarclayHedge and TrimTabs Investment Research. Figures dropped on a month-over-month basis in December with AUM reducing by $29.1 billion, or 1.2%. The move shows that investors looked beyond the glamorous world of managed funds and re-established their relationship with the global equities markets as they explored safer asset classes.

Total investments in hedge funds were above $2.48 trillion in December. However, investors reduced their exposure to the riskier trading approach throughout the second half of 2014, reports showing that the first six months of 2014 were positive for the sector, with inflows of $87.5 billion.

Although the overall AUM was lower in December, two fund categories saw positive net inflows: the Equity Market Neutral funds, which absorbed $450 million, and the Equity Long Only funds, which took in $250 million, thus reinforcing investors’ interest in equities-related offerings.

Sol Waksman, president and founder of BarclayHedge, commented in a statement: “Hedge funds shed $12.5 billion in the second half of 2014, a sharp turnabout from the inflow of $87.5 billion in the first half.

The monthly TrimTabs/BarclayHedge Hedge Fund Flow Report showed that the hedge fund industry lost 0.4% in December, matching the S&P 500’s performance. In the past 12 months, hedge funds returned 2.9%, while the S&P 500 rose 11.4%.

Fueled by regulatory concerns, larger managers face an uphill struggle to adhere to compliance and regulatory rulings. Since the new Dodd Frank Act came into practice in 2010, hedge fund managers that hold $100 million or more in funds have to register with the financial watchdog, thus enabling the regulator to exercise great supervision on larger funds.

The recent Swiss franc debacle caused shockwaves in the asset management industry with several managers facing significant losses. London-based COMAC was on the wrong side of the Swiss trade with losses of 8% according to Reuters. The fund was returning $1 billion to investors. Everest Capital’s $830 million was on the hit list as the Swiss central bank exercised its powers in protecting its economy by lifting the floor.

The aftermath of the SNB crisis continues to unfold as brokers and hedge funds gradually come out of their negative shells, the market is expected to operate in a fragile manner over the next few months as currencies pegged to the dollar join the uncertain territory.