Hedge funds reported strong monthly performance metrics for the month of February. The positive news adds value to the troubled sector that has been battling against reg 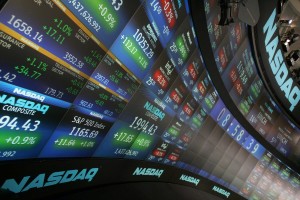 ulatory pressures. The key indices, the HFRI Fund Weighted Composite Index and the eVestment benchmark were both trading in the green.

Equity markets were the main drivers of gains at leading hedge funds.

Major stock indexes such as the NASDAQ and S&P 500 supported the strong performance with record figures reported across a range of hedge fund indices.

Reports show that hedge funds, as measured by the HFRI Fund Weighted Composite Index, gained an average of 1.85% in February. At the same time, the research firm reported that funds of hedge funds were up 1.63% for the month.

Of the pact, the HFRI Event Driven Index was one of the best performers, rising 3% in February, the indexes best monthly return since October 2011.

Global financial markets were plagued by volatility in the major currency markets, however, concerns in Europe with Greece and the energy markets guided investors to the equity markets which reported strong gains.

2011 was also a key date for the S&P 500, the global benchmark that provides investors with a gauge of the economy, hitting several records during the month, thus capping its best monthly performance since 2011 with an increase gain of 5.5%.

eVestment mirrored performance results of the HFRI indices with its measurement of the hedge fund industry producing an aggregate return of positive 1.93% in February, the index rose the highest over a 12-month period.