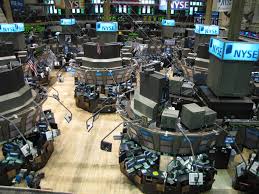 As markets near the final trading month of the year, ETFs continue to outperform their peers in terms of the amount of capital invested. Latest figures from research firm, ETFGI, show new record highs for the listed asset class. November’s figures show that the global exchange traded industry reached a record of $2.76 trillion in assets. In addition, there was $42 billion in net new asset flows in November.

The US continues to outshine its counterparts, the rest of the world, when it comes to ETF transactions. The country saw net inflows into its domestic stock market and listed instruments, reaching $42.4 billion in November, a new record month, beating the previous high of $41.1 billion that was set in July 2013. The total value of assets held in the US also reached a new record, just shy of the $2 trillion mark at $1.98 trillion.

US markets have been riding high with several indices showing positive results in November, the US Equity and US Small/Mid Cap Equity increased by 3.5% and 3%, respectively, during the month. A strengthening dollar has supported the country’s equity markets as global investors return funds back into the world’s largest economy. US stock indices reached an all-time high in early November as fundamental data supports the economy.

Across the Atlantic, the European markets also had a strong month, taking in$5.6 billion in net new assets, the total assets for the region were $477.4 billion.

Deborah Fuhr, Managing Partner at ETFGI, commented about the previous month’s performance: “Economic news in Europe during November was not positive with the OECD warning that Europe was the “locus of weakness” in the global economy – criticising the ECB’s efforts to combat economic stagnation.

Many found the ECB’s investment plan as lacking new money and new ideas with even the Pope criticising the plan. During November the US market continued its positive trend with both the S&P 500 and the Dow closing up 3% for the month. Developed markets ended the month up 1% while emerging markets declined 1%.”

ETFs are popular investment products as they provide investors with flexibility of mutual funds types with the added simplicity of individual products such as stocks and shares. If investors have a view on certain equities or sectors, ETFs help them minimize their risk on the direction of individual instruments.